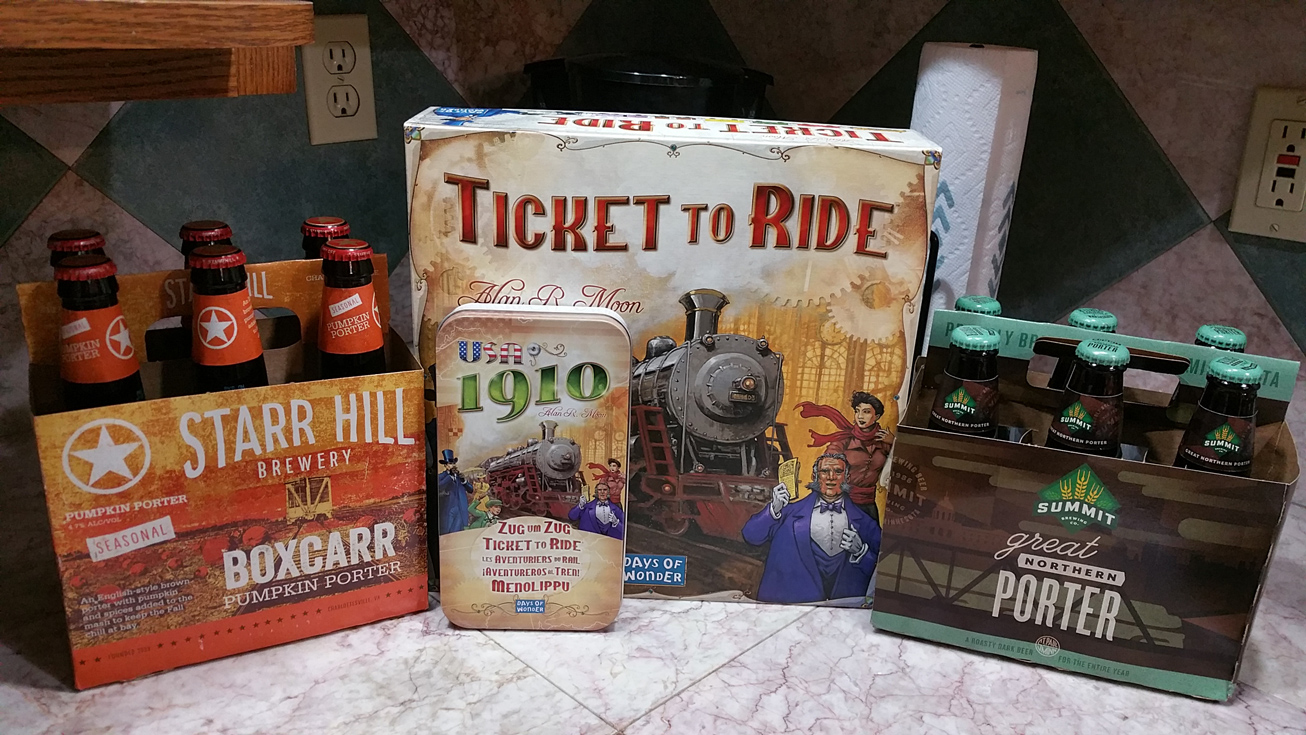 It happened, as many things seem to, by a combination of circumstance, opportunity, and alcohol.

A childhood love of TCGs and RPGs became an interest in tabletop gaming, and eventually a hobby (because, as George Carlin pointed out, “Interests are free; hobbies cost money”), and later, a business, and therefore, a responsibility.

We formed Devious Devices in 2013 on the simple notion of a single game, with the plan to release it and see how things went. Two years later, with a cavalcade of designs and on the precipice of a major licensing deal, it’s beginning to take on a much more refined shape.

And always there, stalwart and helpful…

…was our unassuming silent partner, beer.

After so many design meetings, rigorous playtests, and raucous late-night gaming sessions, it only felt natural to have a pint glass or bottle in one hand and dice or meeples in the other. Our mantra could have very well been, “I game; therefore I drink.”

We know how that sounds, but much in the same way that gaming evolved for us, so did our inclinations in beverage choice. Maybe it was curiosity, or maybe an excuse, but suddenly knowing the difference between a stout and a bock was just as important as knowing what makes a worker placement game versus territory control game. Discussing what goes into a shandy was equally salient to understanding how to navigate a drafting mechanic.

With that comes a degree of bias that borders on the snobbish; while some gamers might disparage the likes of Munchkin or CAH, we’d be more likely to turn up our noses at the suggestion that we drink Coors or Miller Light. “Sure,” we’d say, “and while we’re at it, let’s break out Monopoly and end a few friendships at the same time.” *wink*

Like a sommelier might pair a seyval blanc with paté, we started pairing our games with craft beers, microbrews, and seasonal releases; sometimes on a thematic level, other times on some tie-in as tenuous as shared colors or label décor. It’s added a dimension to our playtests and gaming sessions that have become a necessary part of the process.

Thus Boards & Lager was born, a blog dedicated to our forays into the narrow shared realm in the Venn diagram of tabletop gaming and alcohol consumption. A lot of what you’ll read here will be our efforts to share both awesome games and great beers at the same time. Other times we’ll write about misadventures at conventions and gatherings. And of course, as designers, we also hope to occasionally impart some wisdom to fellow creators regarding things that we royally screwed up at one point or another, so that they might learn from our mistakes.

But rest assured that every post will include the gentle nudge lent by our third silent partner, always there, never judging, and occasionally getting us into some sort of trouble.

Join us here each week for more tales from our gaming table, the showroom floor or a project war room!