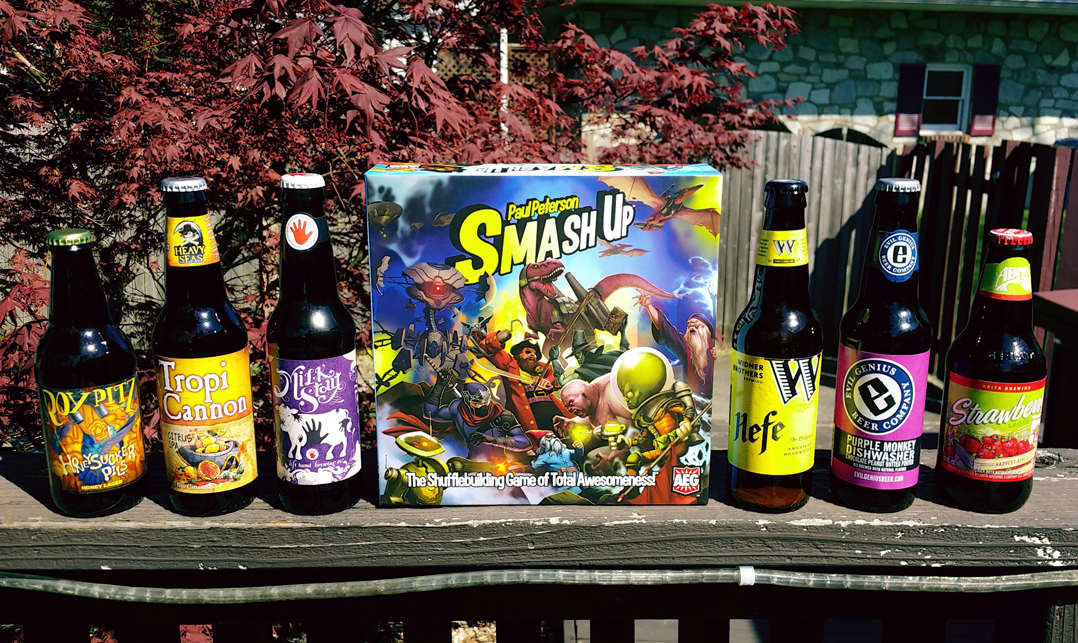 What happens when you take every trope in gaming, from pirates and zombies to aliens and wizards, throw them together in a box, and declare all-out war? Unlikely alliances are forged and the fight gets brutal.

In Smash-Up, from AEG, each faction has its own deck of twenty cards. Each player chooses two factions, shuffles them together and draws a hand. Then they screw their friends over, more or less.

In this “shufflebuilding” game, each player attempts to have the most power on a base (by playing minion cards) before it’s smashed (before the power value of the base is reached). On their turn, a player can play a minion and an action, and then they pretty much do whatever the card says.

When a base is smashed, it scores, usually awarding points to the top three players with the most power on the base.

In our four-player game, we had a deck of ghosts and robots; another of pirates and plants; one of ninjas and wizards; and finally, dinosaurs and aliens. Sounds awesome, right? 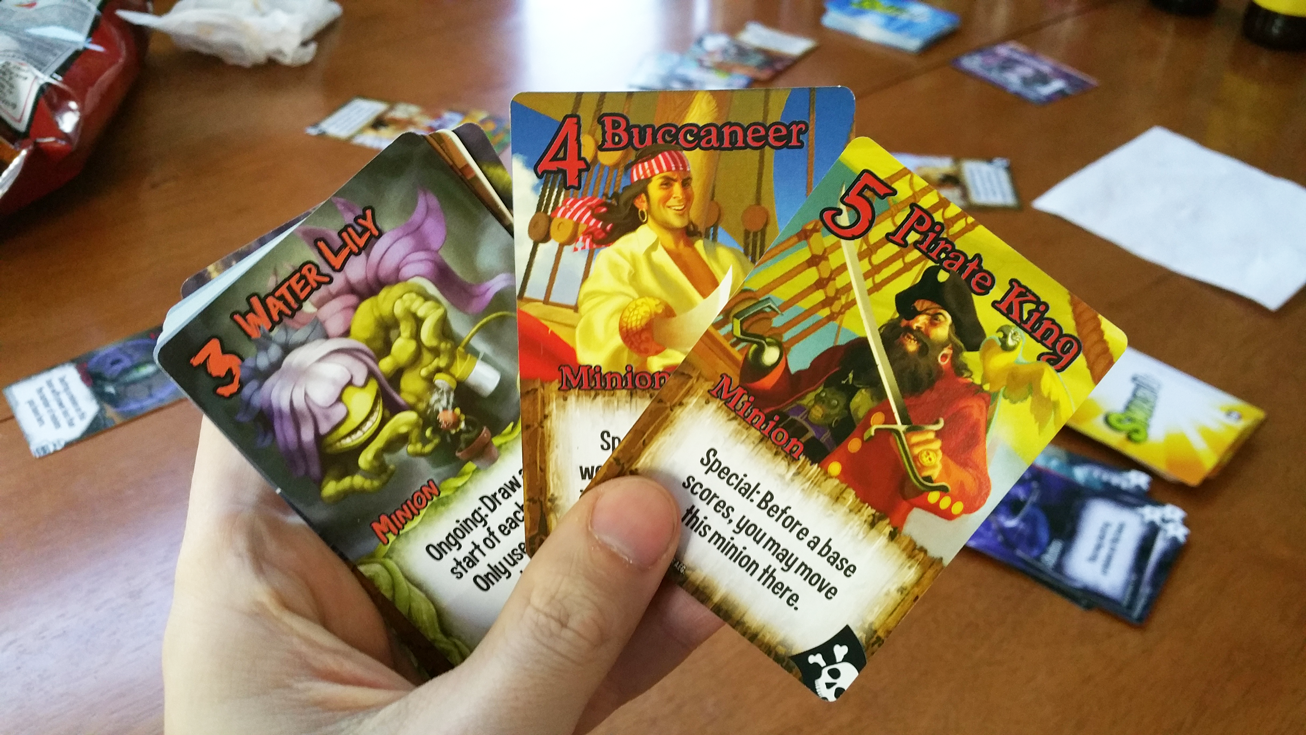 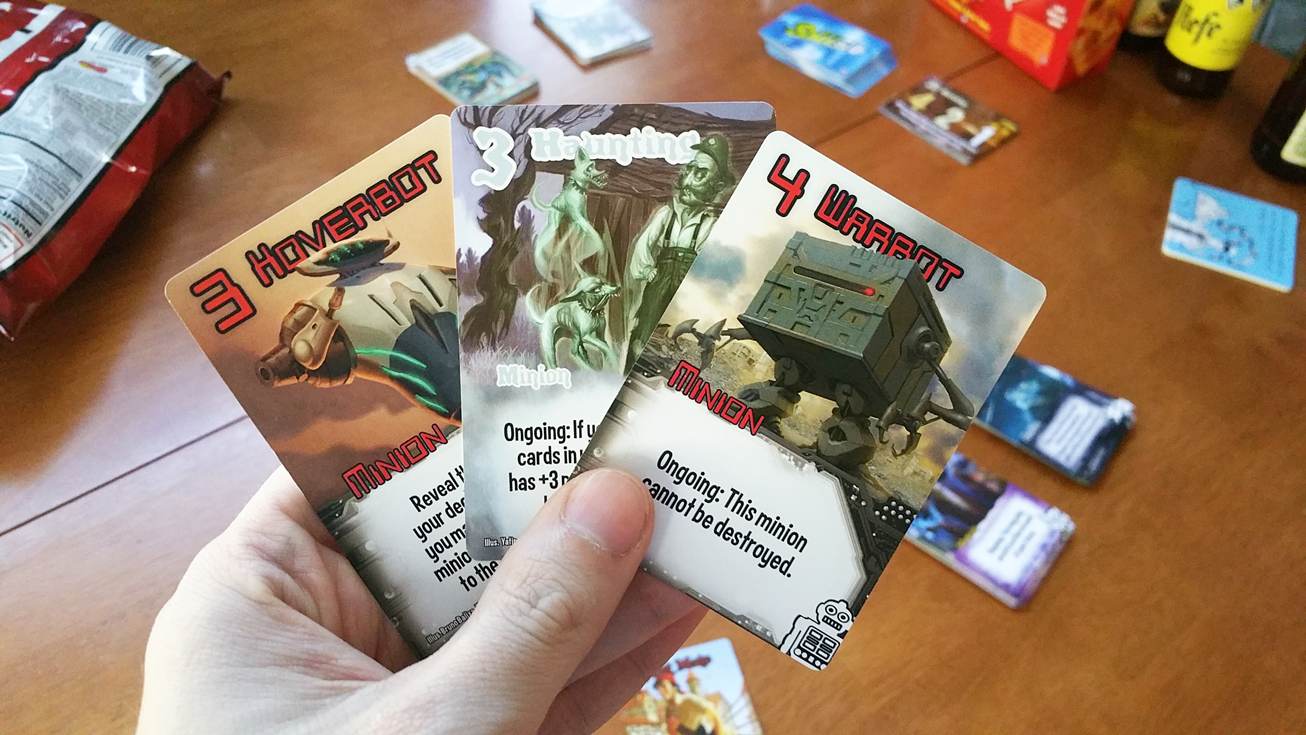 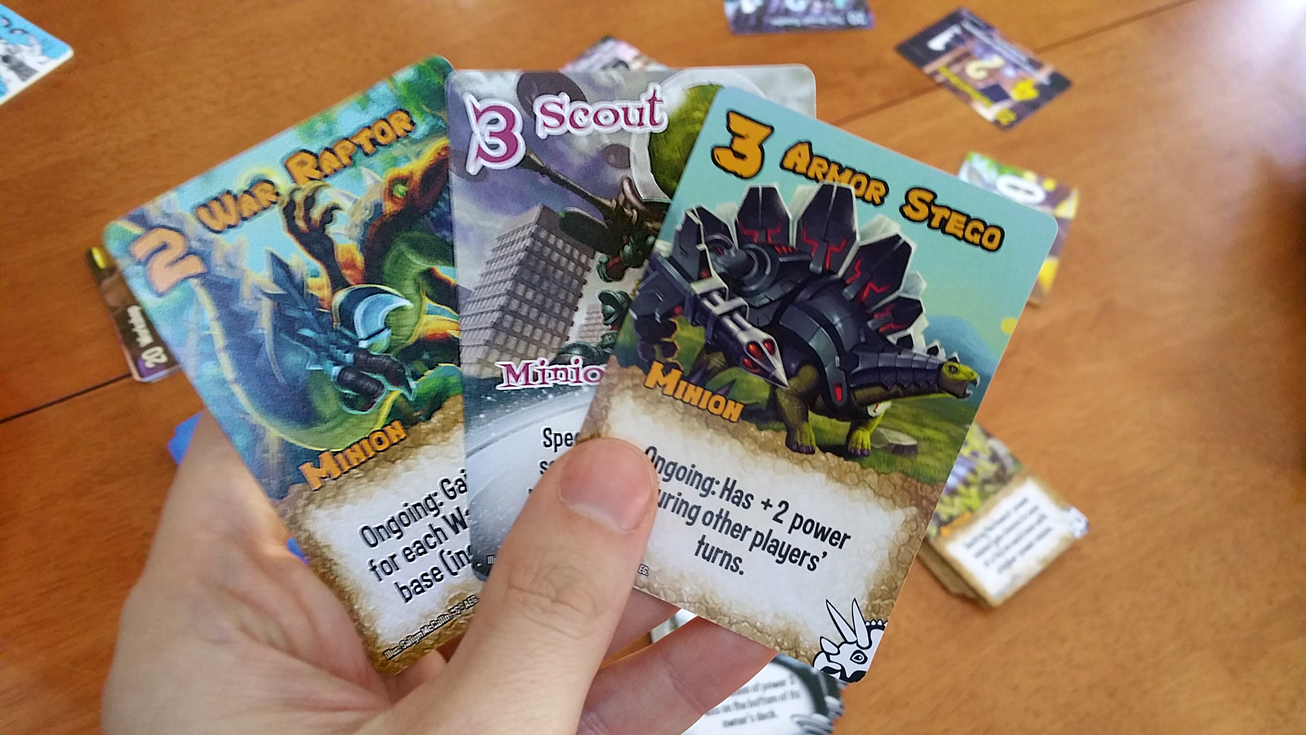 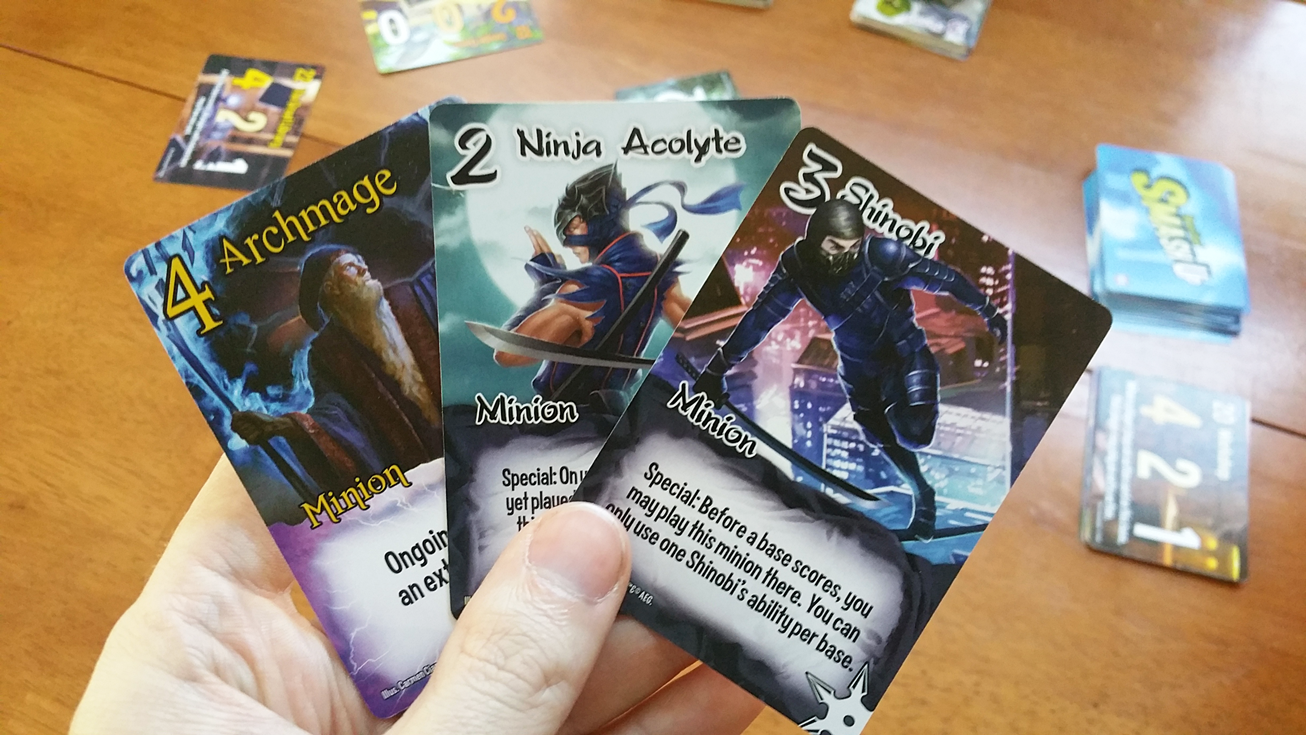 It is. But it comes at a price.

Since Smash-Up involves two unique worlds colliding, we decided to do something different for this week’s Game & Beer Pairing. We picked up six unique beers, and combined two at a time at random.

Here were our beers: 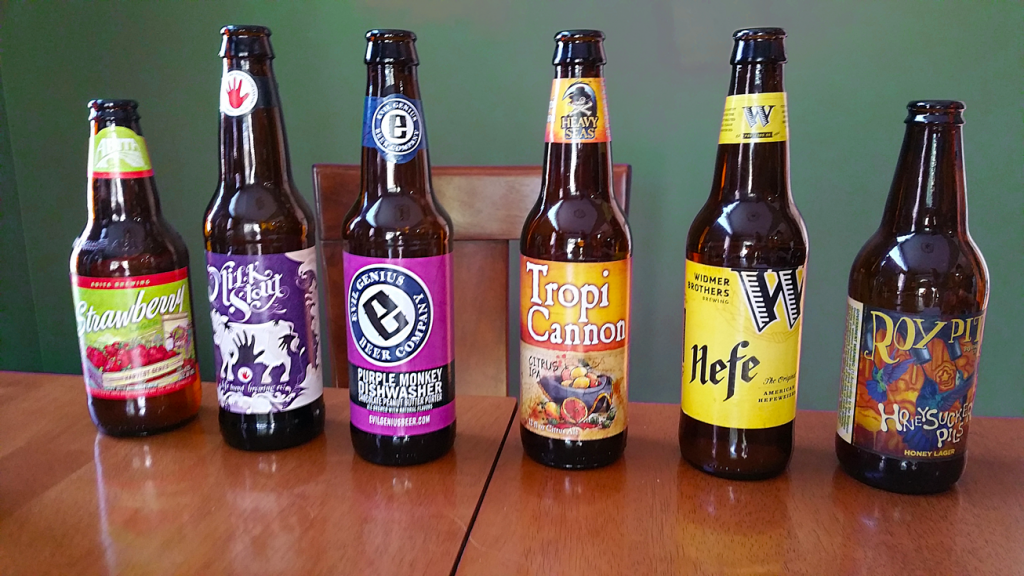 Each one is deserving of its own pairing and delicious by its own right, but this is Smash Up. War makes you do terrible things.

We started our pairing with small, civilized tastings of each beer by itself, along with a gentlemanly toast, because we knew $h*t was about to go down.

The most interesting beer smash-up was probably the Purple Monkey Dishwasher, a chocolate peanut butter porter, with the Strawberry Harvest, a fruity lager, which made something akin to a peanut butter and jelly beer. The Tropi Cannon IPA and Honey Sucker Pils made a nice citrusy combination with a tinge of sweetness, not unlike orange blossom honey.

We don’t have room to include every combination we made, so check out the slider photos for more of our brew smash-ups. 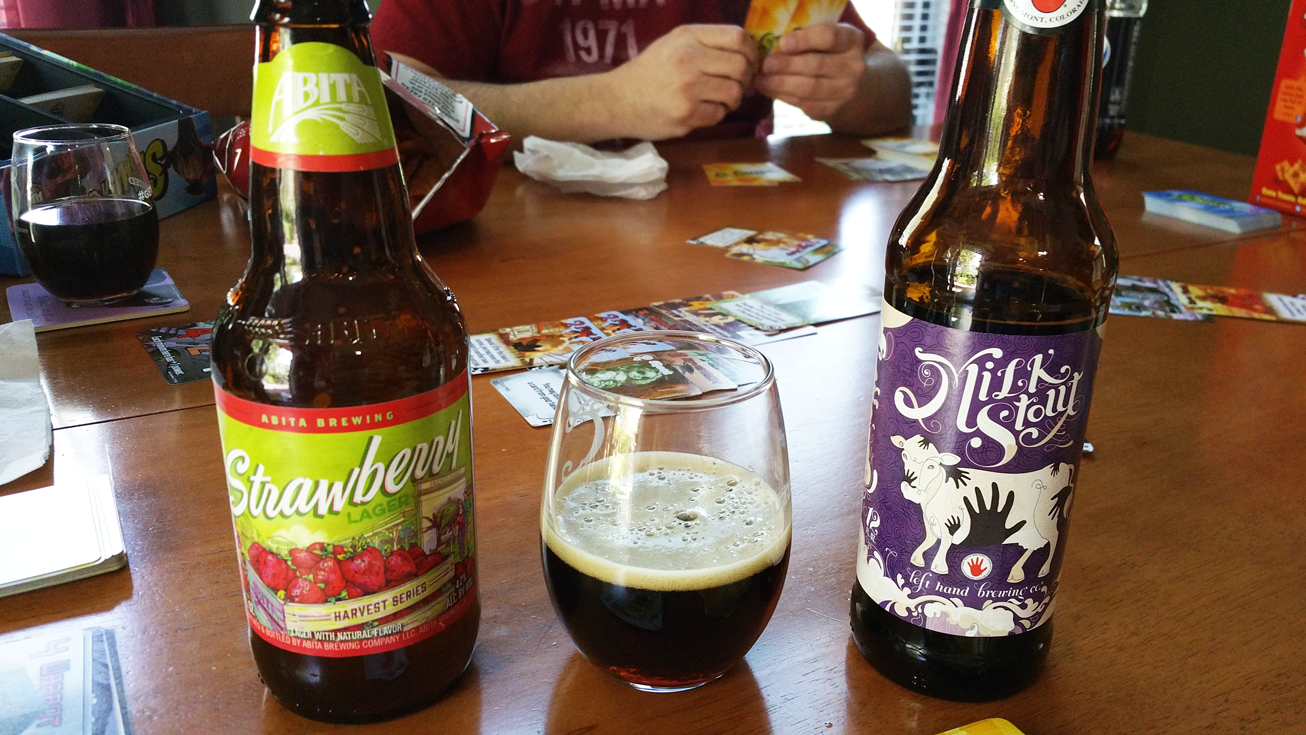 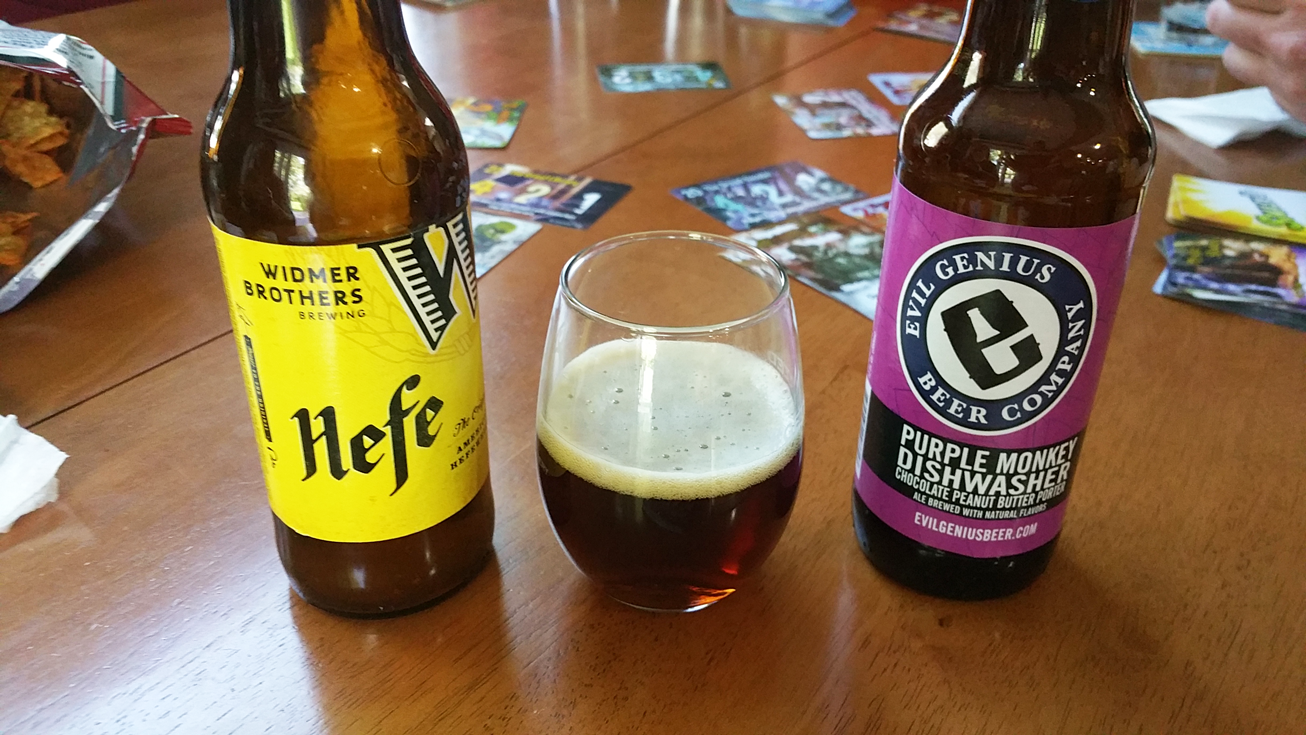 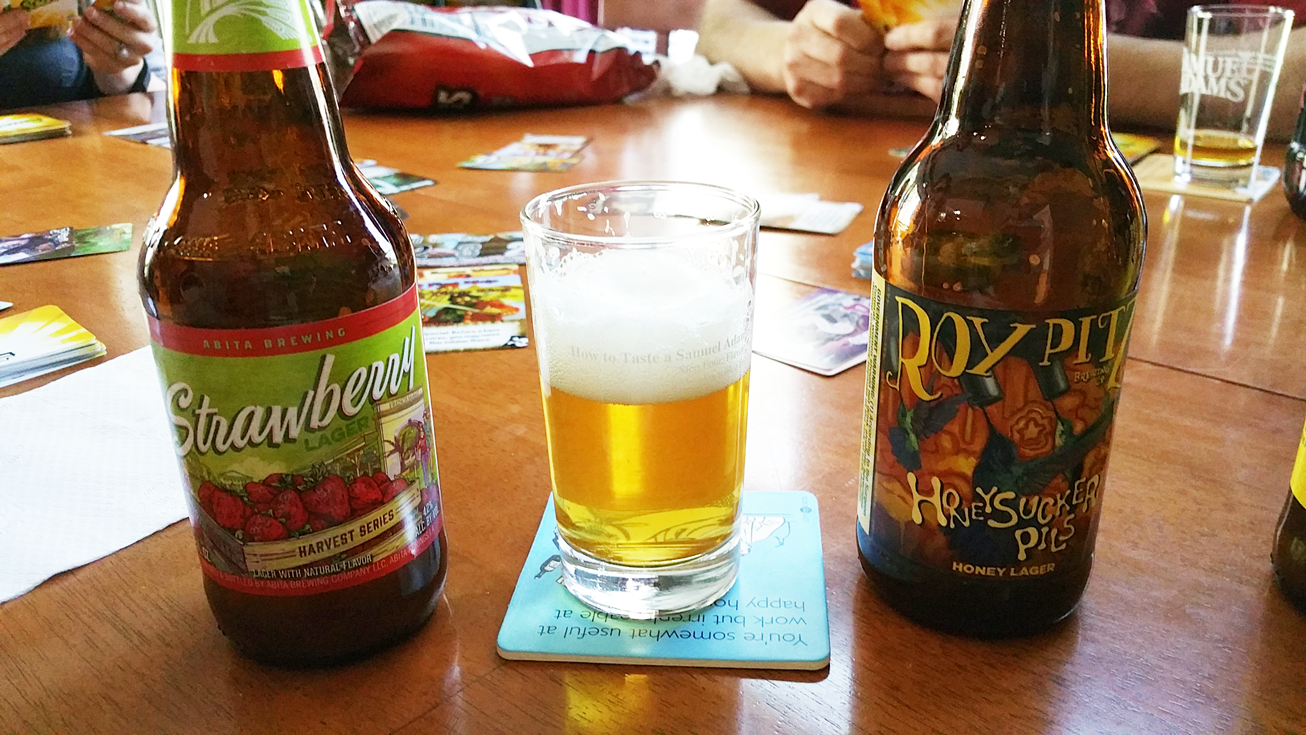 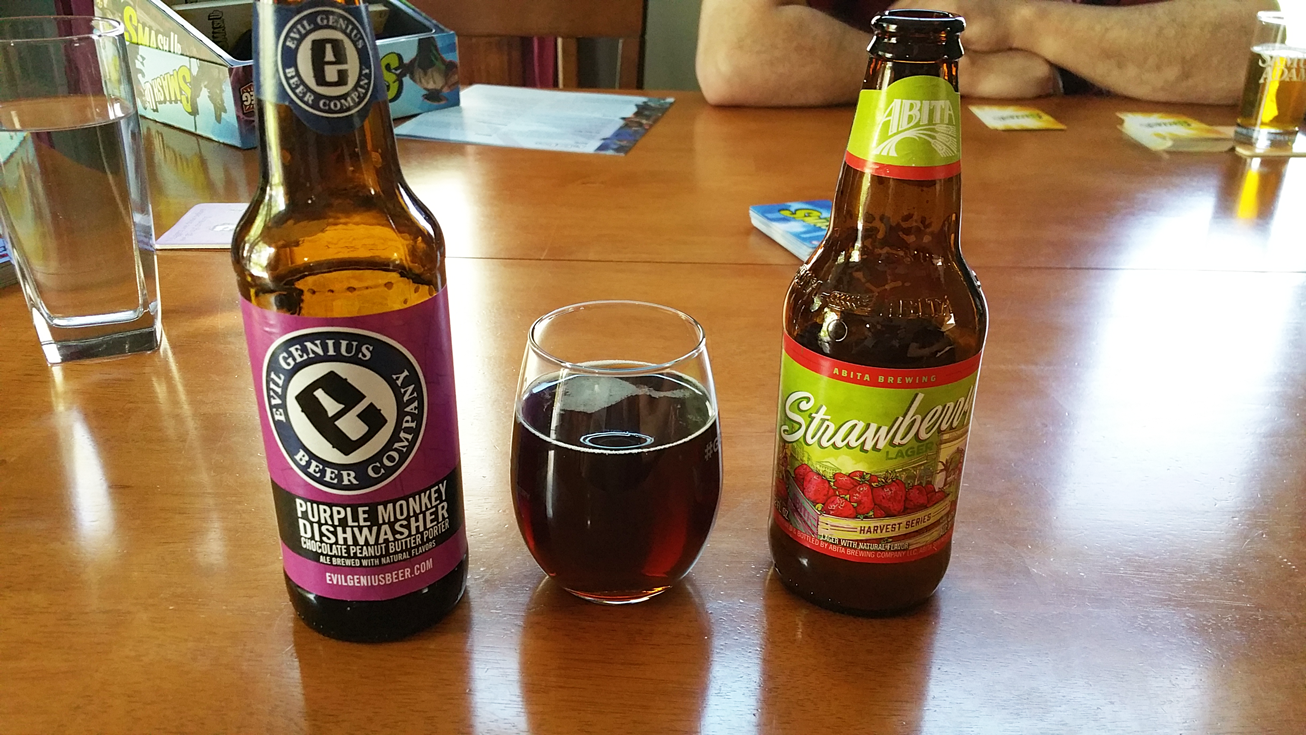 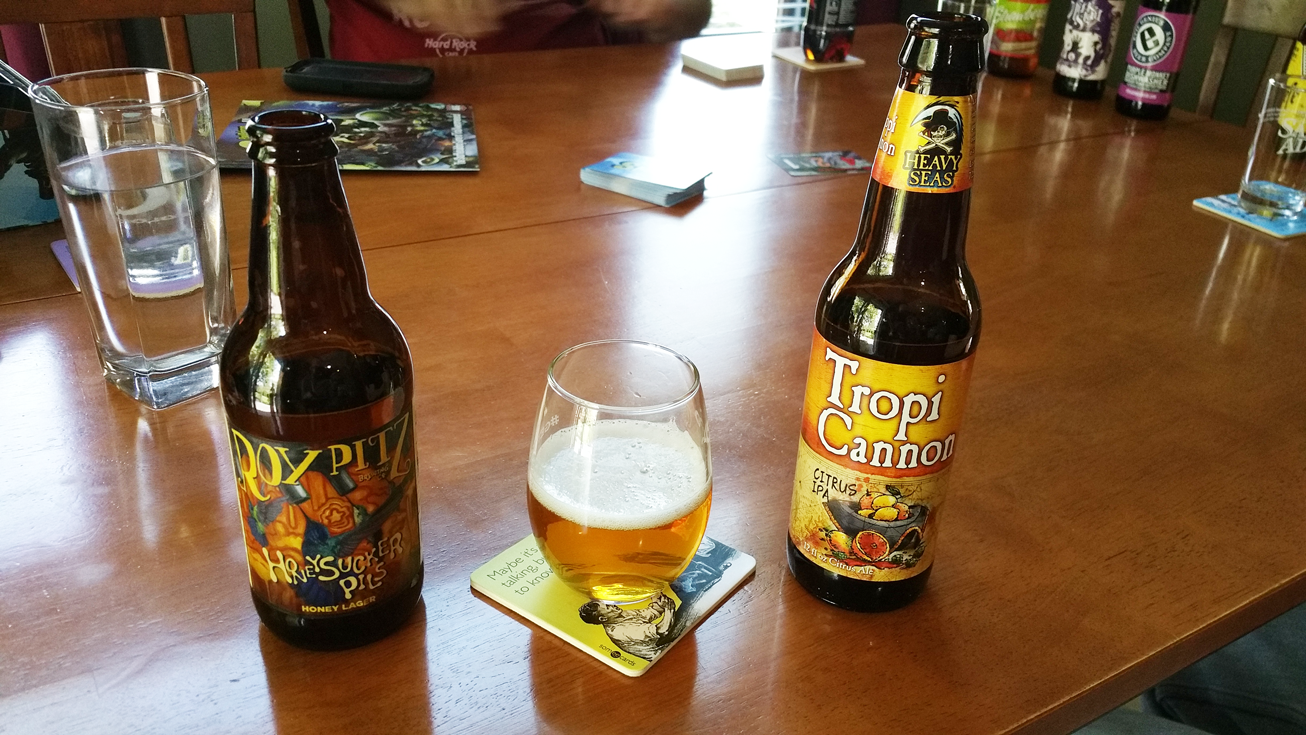 Speaking of… let’s talk about the carnage.

Here’s the thing about Smash-Up: If you’re the kind of player that doesn’t want to attack others because you want to be perceived as “the nice one,” you’re probably not going to win. If you’re the type of player that gets pissed off easily because someone else attacked you, you’re going to ruin the experience for everyone else.

The short version: Those with thin skin need not apply.

A whole lot of cards in the game casually destroy other minions on a whim, so even though you played something with a power of 5 and you’re certain the base is going to score this round doesn’t mean that the jerk to your left won’t kill that minion off so that he can get an extra point.

Oh, what’s that? You played a Shinobi on that base so that when it scores you can furtively slide him over to the next one? Nope, sorry; Saucy Wench just took him out.

Plan all you want, but even those little robots with power values of 1 and 2 will swarm all over you and smash that base before your next turn.

We played to a score of 15, and Arielle (robots and ghosts) won by two points, edging out Eric (plants and pirates) who ended up with 13. Anthony’s ninjas did a good job of assassinating a bunch of minions, but the wizards did him no favors in winning points. Tom’s dinosaurs fought valiantly, but it seemed that his aliens were more interested in probing than smashing. (Ha.)

We like Smash-Up because it’s a good gateway game for the casual gamer, and it’ll tell you a lot about the type of players you’re with. It’s easy to learn and can be a lot of fun… if you’re playing with the right people.

Do you have a favorite beer “smash up”?