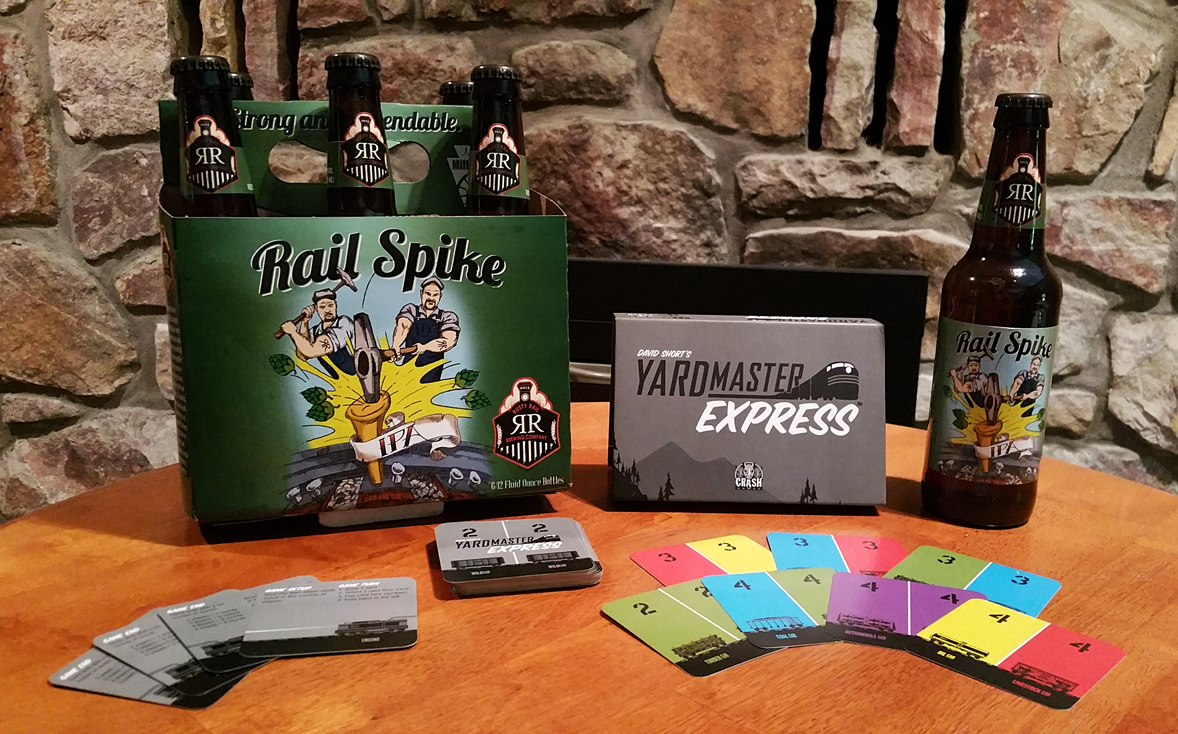 This week, we played a train game! And no, it wasn’t Ticket to Ride.

Yardmaster Express by Crash Games is a micro-game that takes only minutes to play. It’s fast, it’s small, it’s simple—and most importantly, it’s thematic and fun.

While we play our fair share of micro-games, we don’t often use them in Game & Beer Pairings because they’re usually over before the head settles. However, Yardmaster Express is points-based, so you can play just one game, or you can play several with a cumulative score for a longer session.

This game uses a drafting mechanic in which a single hand is passed around the table, each player taking a card and playing it to their continuing train by matching either the color of the train car, or the number on their last-played card. The longest cargo run (uninterrupted run of a single color) gets bonus points. If you can’t find a match, take any card and flip it to it’s grey back as a Wild Car (another terrific use of card backs!). That’s really all there is to it. 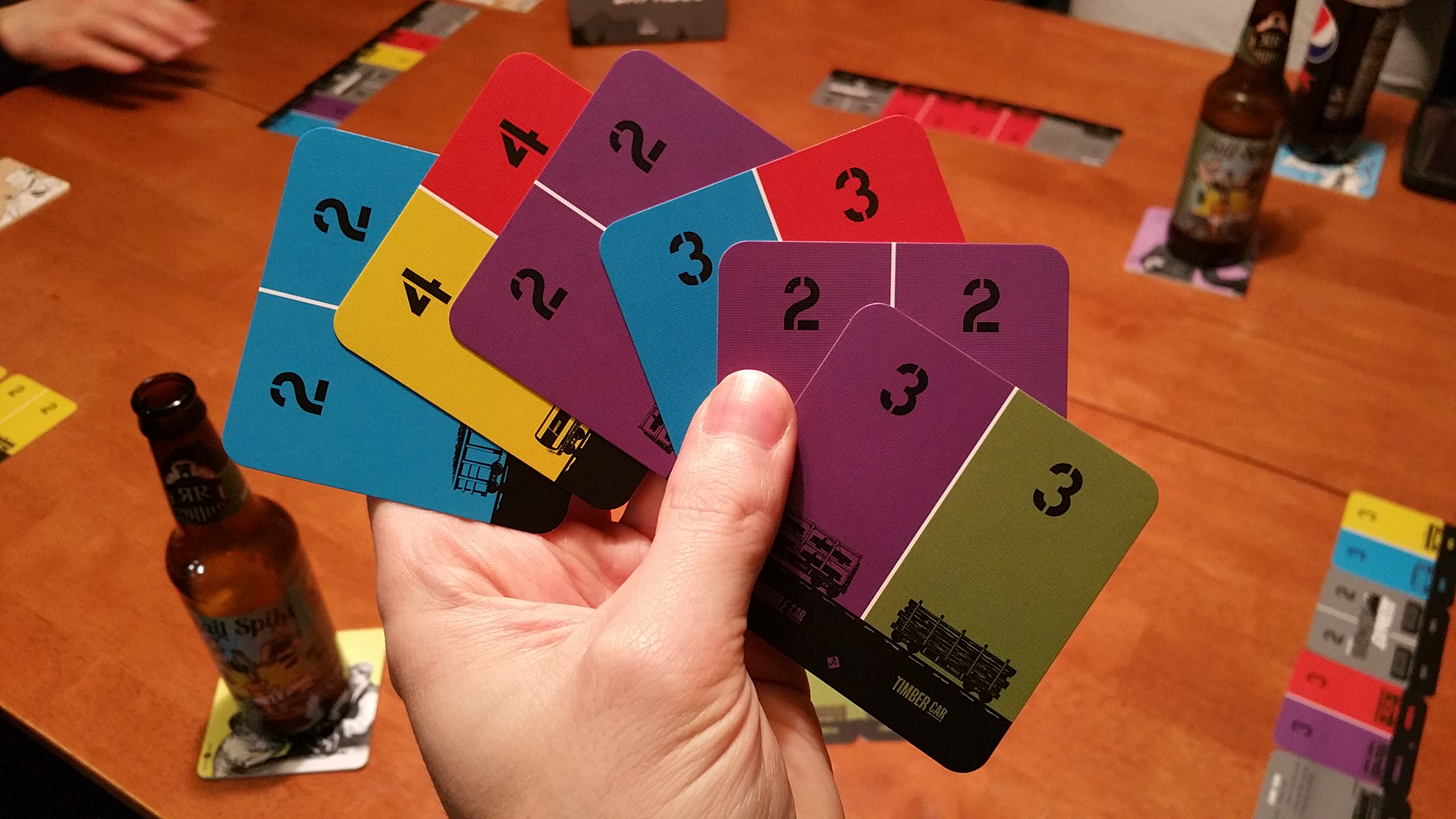 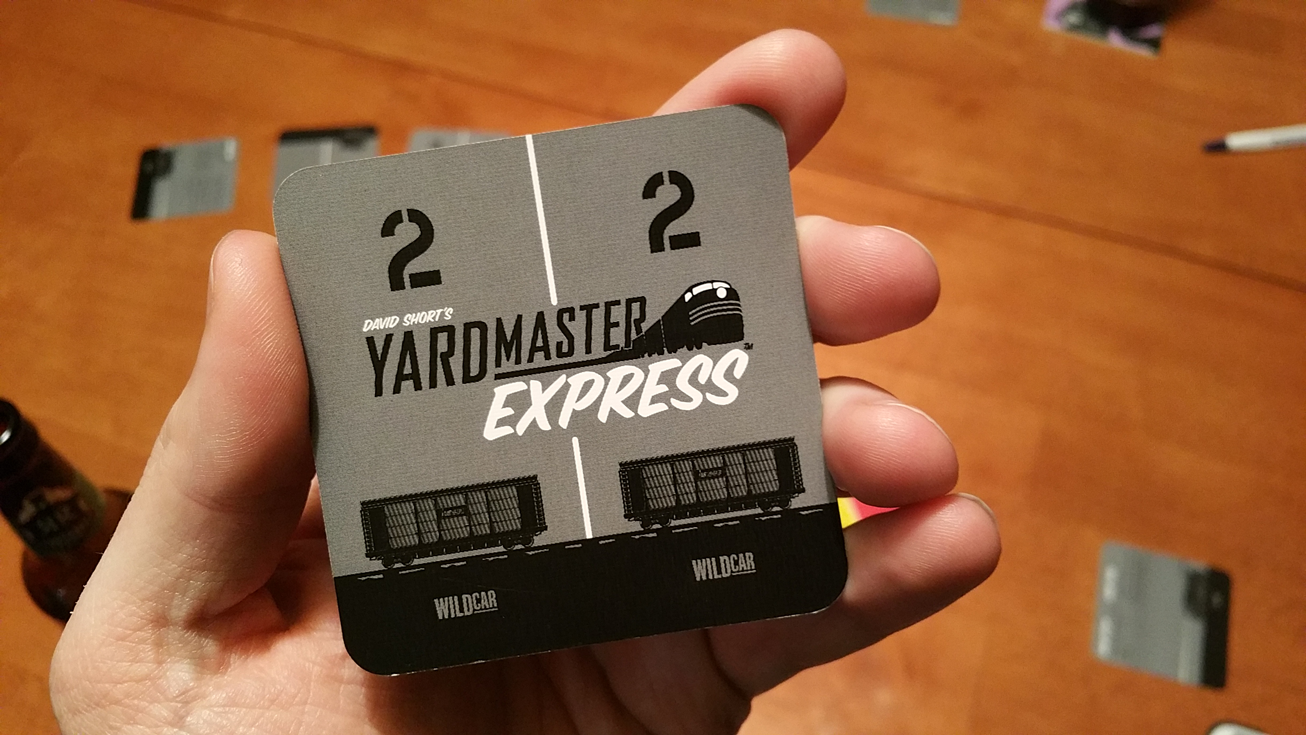 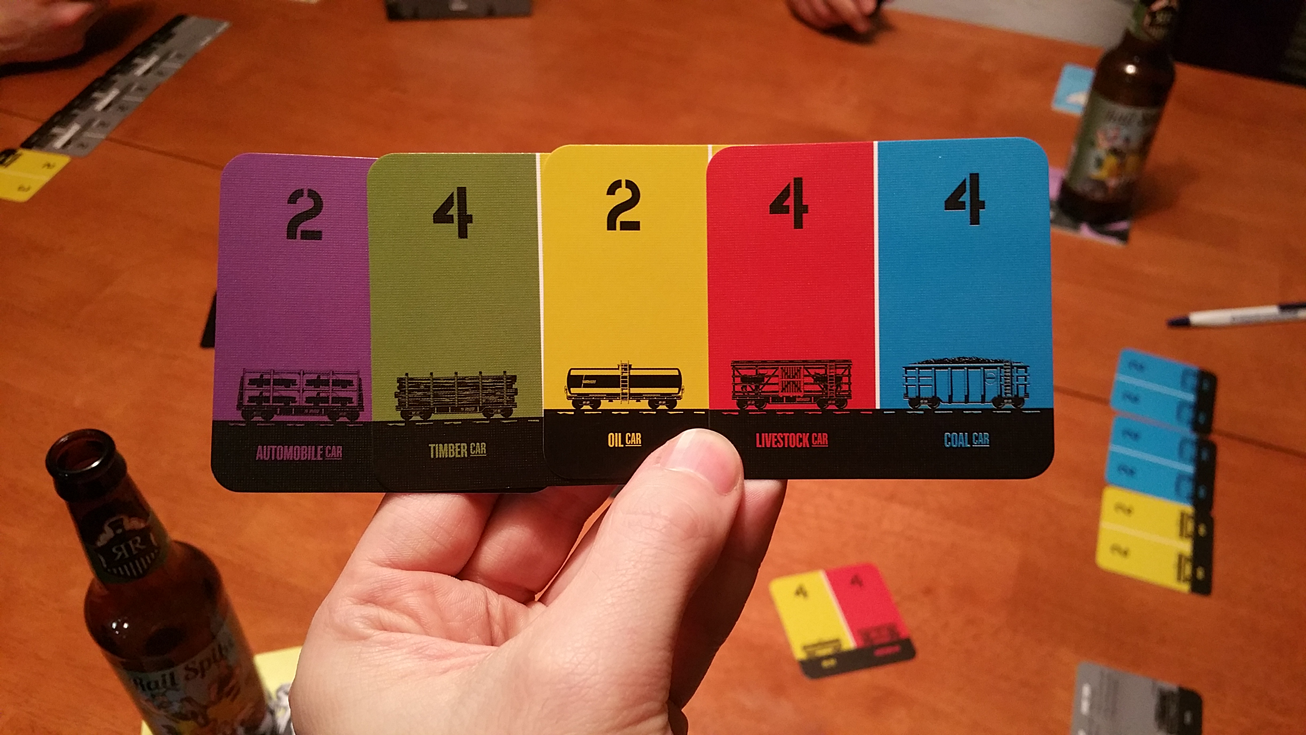 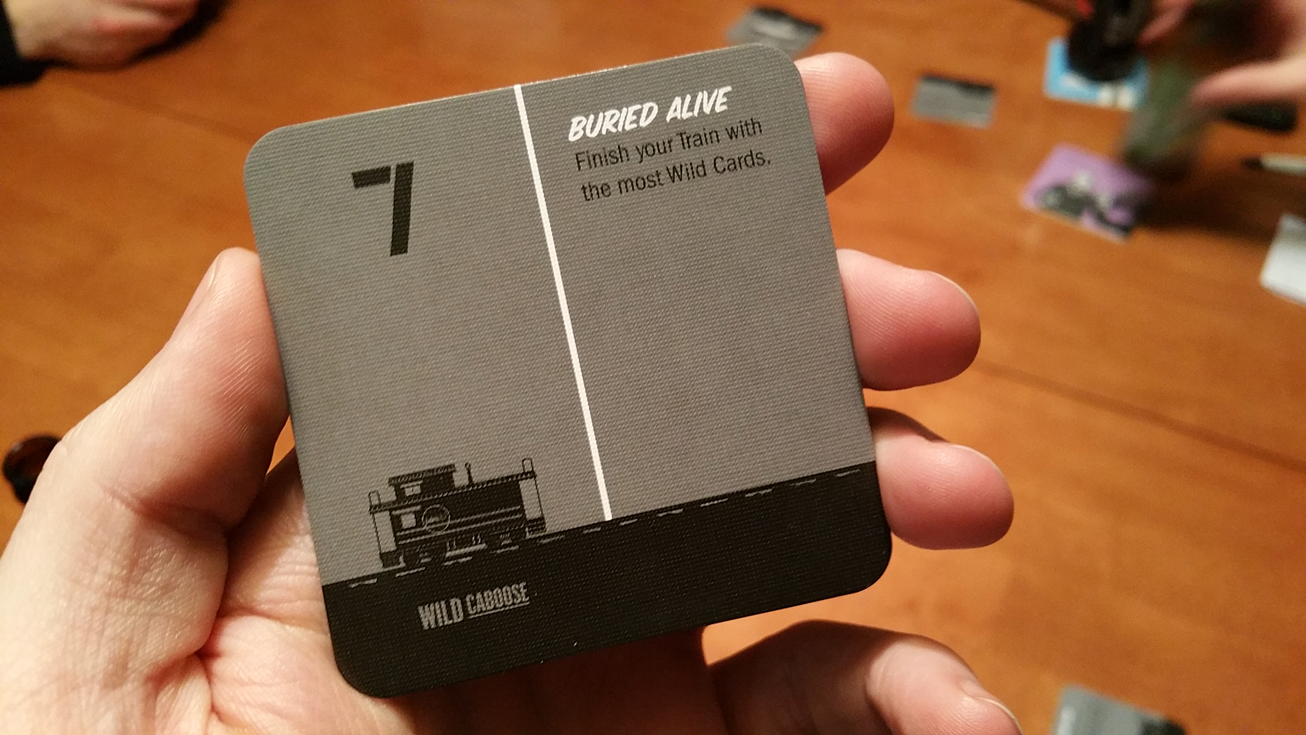 We also threw in the Caboose Expansion, which added an extra dimension to scoring goals, and higher swings in points between players.

We played two rounds of Yardmaster Express, which ended up being nearly the perfect amount of time to down a Rail Spike IPA from Rusty Rail Brewing Co.

If you’re keeping track, this is the second Rusty Rail beer we’ve done in a pairing. We love our regional breweries, and at a recent local beer-tasting event we had the chance to sample all their brews and chat with some of the nice Rusty Rail folks.

The first thing you notice about Yardmaster Express is the packaging. For a small game (only 32 cards, a first-player token, and an expansion of a handful of Caboose cards), they really went above and beyond—the game comes in a magnetic box with a dust sleeve, and a drawstring cloth bag (in case you don’t feel like lugging that box around, we suppose).

Sarcasm aside, we’re all in favor of superior packaging, and this game did it right.

Yardmaster Express is played in rounds based on the number of players, so everyone knows exactly how many turns they have to implement whatever strategy they’re going for.

The Caboose expansion threw in a nice variable to scoring beyond the base game; one Caboose card is played to the center of the table, with a particular goal that any player can attempt—in one of our games, the Caboose points were awarded to a specific run of numbers (2, 2, 3, 3, 2), and since three of us hit the goal, three of us scored the Caboose points. 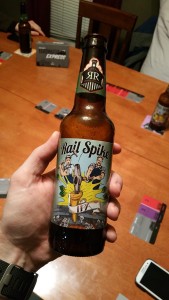 Ultimately it didn’t help, though; Eric ended up winning with a cumulative score of 55, three points ahead of the next runner-up, Alfred, at 52.

We played two games and combined our scores, which was just about enough time to enjoy a Rail Spike IPA. At 7.1% ABV, it’s a tad higher than a session IPA would be, but it was still surprisingly smooth for a pale ale (as a session should be!); a sharp, citrusy flavor that stood at 72 IBUs.

Here’s a brief beer lesson for you: IBU stands for International Bitterness Unit, and although that sounds kind of funny, it’s a legit measurement for bitterness in beer. For example, a light lager will tend to have a very low IBU, around 10 to 20, while most pale ales hang between 60 and 100.

There’s a lot that goes into figuring out an IBU measurement, but suffice it to say that if you’re not a fan of bitter beers, you should probably avoid anything that’s higher than 60 IBUs.

Yardmaster Express is a great, fun little game that plays quickly and takes only a few minutes to learn, perfect for a light game night or an in-between game.