…And we don’t mean calamari. No, we’re referring to the tentacles of some ancient, terrible thing—because they always have tentacles, don’t they? So it should come as little surprise that this week’s Game & Beer Pairing features a recent release aptly called Ancient Terrible Things.

In this game, players assume the roles of brazen characters riding a riverboat through the world’s creepiest waterway, rife with ruins, horrors, and pitfalls that will net them either Ancient Secrets (victory points), or Terrible Things (the aforementioned tentacles, which are bad).

The primary mechanic of the game is dice chucking. Tom—our resident veteran gamer and the one who brought this to our attention as a result of a successful Kickstarter—described it as a “themed Yahtzee on steroids.”

But it’s not just a luck-based game; there’s quite a bit of strategy to be had by way of Encounters you collect, Swag (equipment) that you purchase, and Feat cards that you play from a hand of three.

We paired this game with two brews to cover our bases: The first was River Horse IPA by New Jersey-based River Horse Brewing Company. The second was Expedition Stout by Bell’s Brewery of Michigan.

And here’s a cool fun fact that further goes to show we were meant to play this game: South Africa-based Pleasant Company Games, which made Ancient Terrible Things, is located in the Old Castle Brewery Building, a site that used to be one of the region’s top breweries back in the early to mid-twentieth century.

Funny how things work out.

It’s worth mentioning that any game that calls its equipment “Swag” immediately scores a few points in our book, so right off it had that going for it.

The art of Ancient Terrible Things is terrific and unique—it appears to have been done in chalk, heavily-shadowed with muted colors to give the overall game an ominous, foreboding feel.

They never once mention Cthulhu, which was another bonus. Not that we have any love lost for the Great Old One; it was just nice to see that it wasn’t specifically geared that way.

The strategic elements can alter even a single turn to the point of dramatically swinging points in one way or another. To give you an example, Mike ultimately won the game with 36 points, but in a single turn we had swings of 12 and 13 points—if you’ve played your cards right, there’s not likely to be a clear winner until the very last round.

As usually happens, all that dice-throwing made us mighty thirsty, so rather than drink the tainted waters of a blighted river, we downed some River Horse IPA, a hoppy beer with a hippo on it. (A hoppy hippo?) In fact, River Horse uses eight different hops to craft this brew, which gives it a citrusy, tropical taste that was more reminiscent of a beach than a river, but hey, nobody’s perfect.

In sharp contrast to the IPA was the Expedition Stout, a dark, heady beer with a staggering 10.5% ABV. As a Russian Imperial Stout, this one was similar to the Old Rasputin that we drank while playing Gloom, though darker in color and bolder in taste, with hints of dark chocolate and molasses. The head was dark, brown and fairly thick—one of the darkest we’ve seen!

Despite dice being the primary mechanic of Ancient Terrible Things, the results of a throw can be surprisingly inconsequential when it comes down to your individual strategy if you’ve considered all your options, including Swag, tokens, and bonuses for collecting certain sets.

For instance, Mike used a Swag called the Device to convert the Focus tokens gained from his failed Encounter rolls into other, more valuable ones, providing him a steady source of all resources. It really paid off too—not only was he the first to earn an Achievement, he earned three the last turn of the game for the win through clever planning!

The only downside we can really mention is the game can have quite a bit of down time between player turns; the first player in a round is the one who grabs the Map, so even though everyone will get the same number of turns, it’s possible for it to feel like it’s been awhile since you’ve had a go.

After the game, there was a lot of speculation about how different strategies could be implemented, which is a sure sign that we all enjoyed the game quite a bit, and we’ll definitely be playing again. 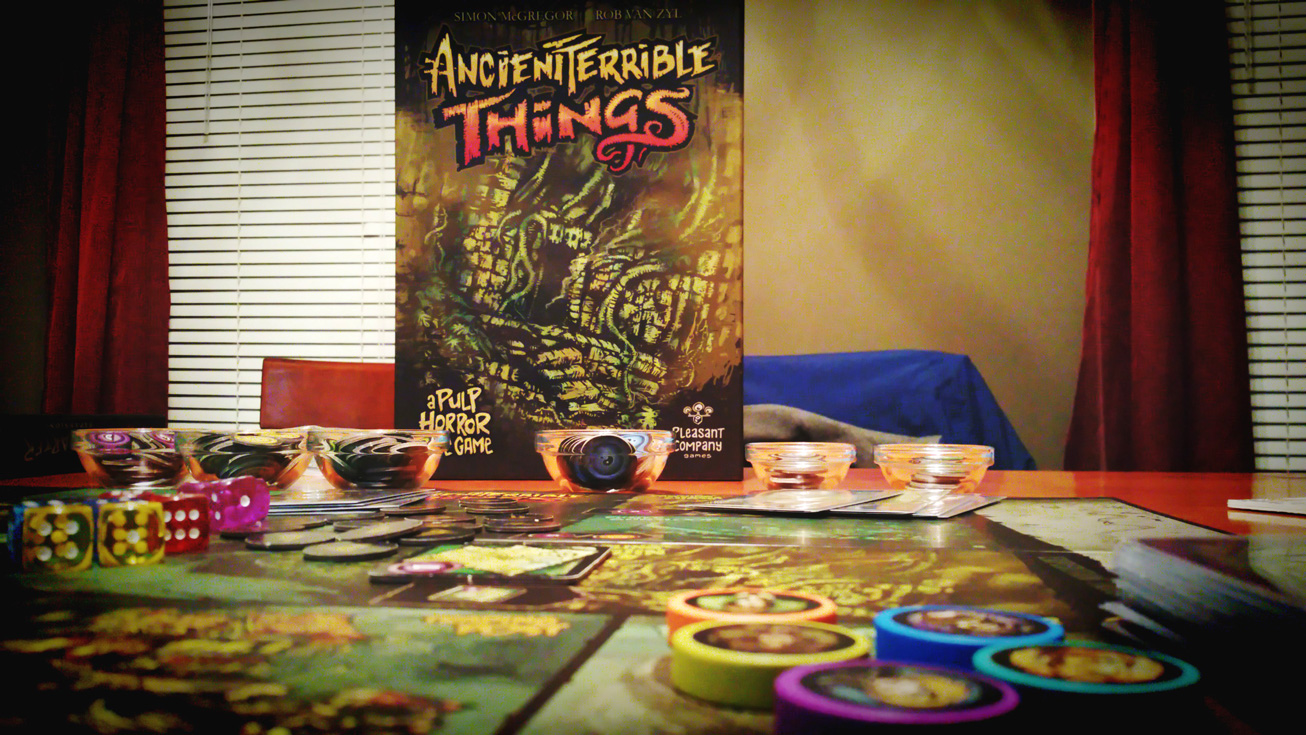 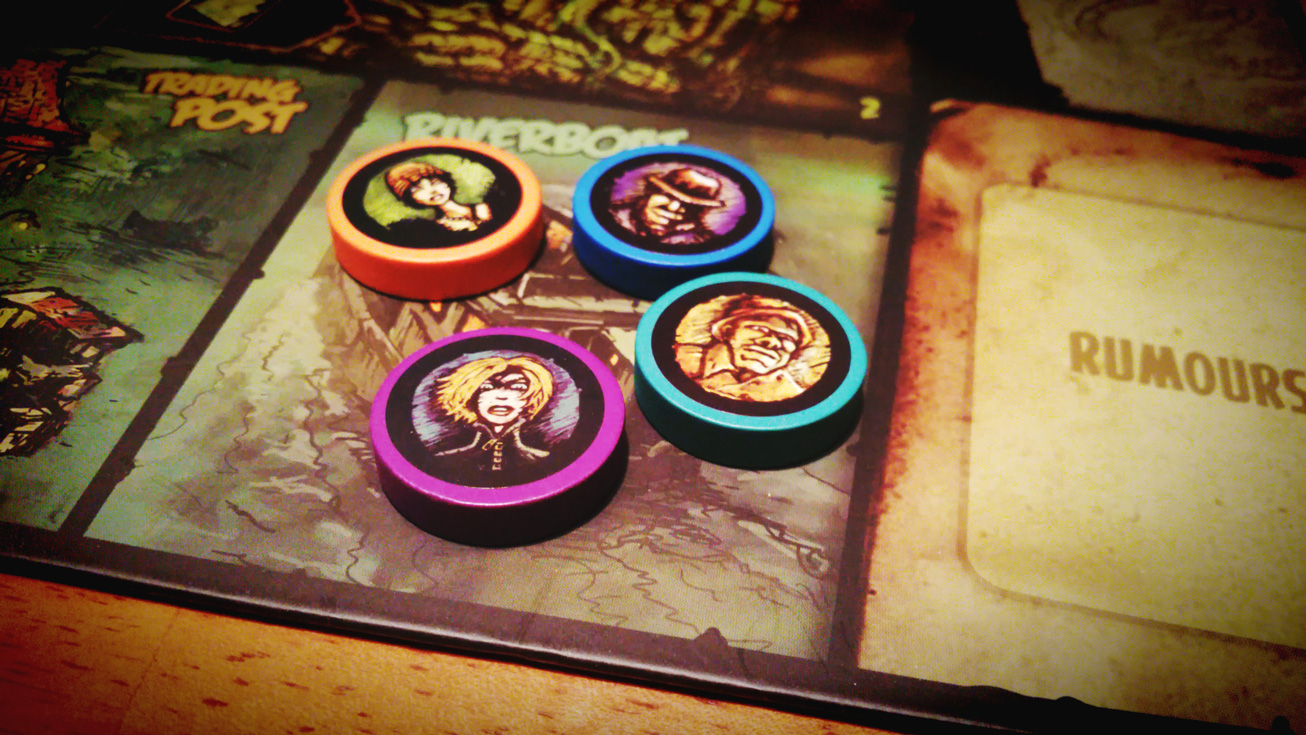 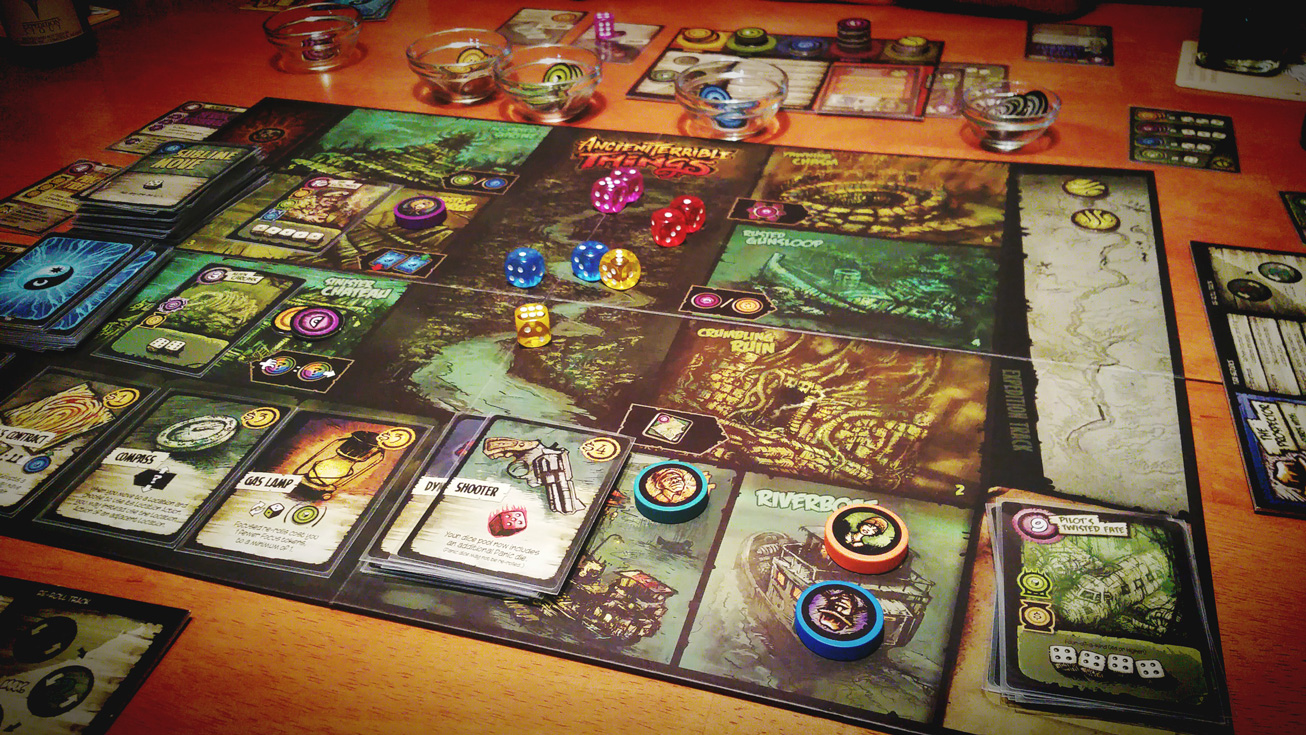 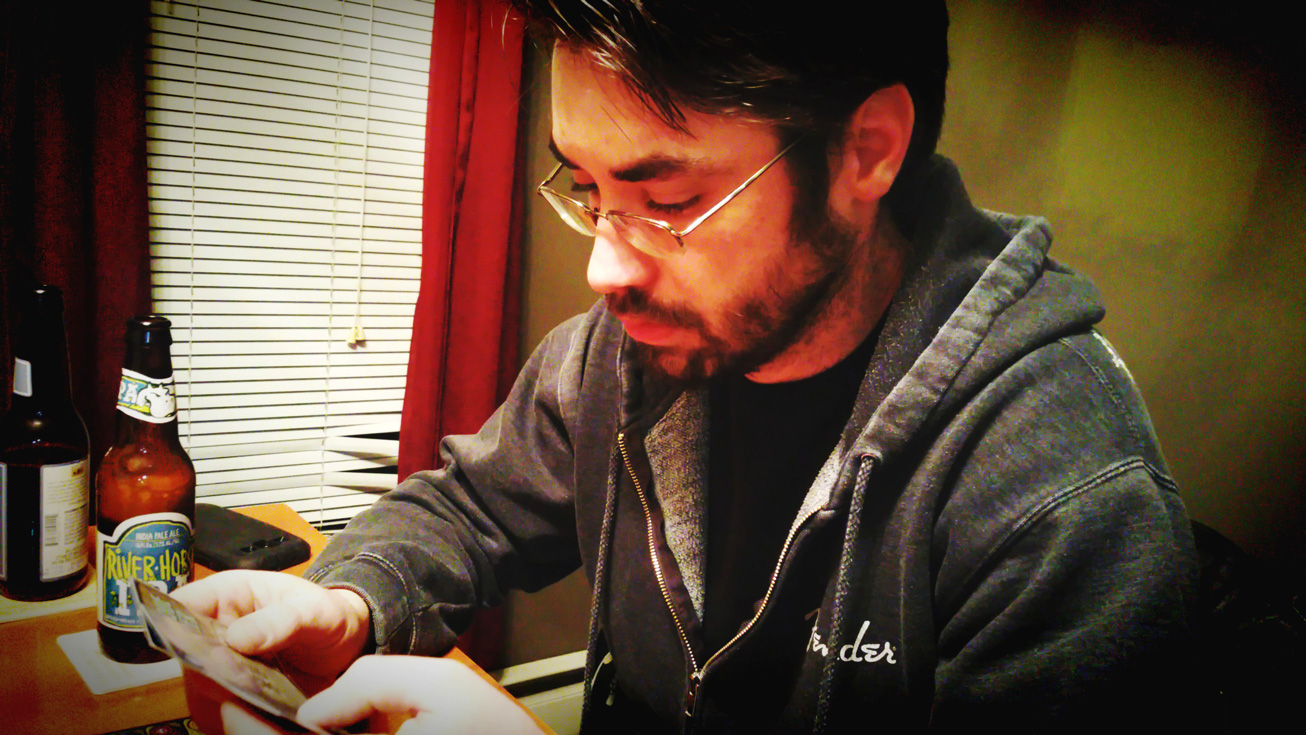 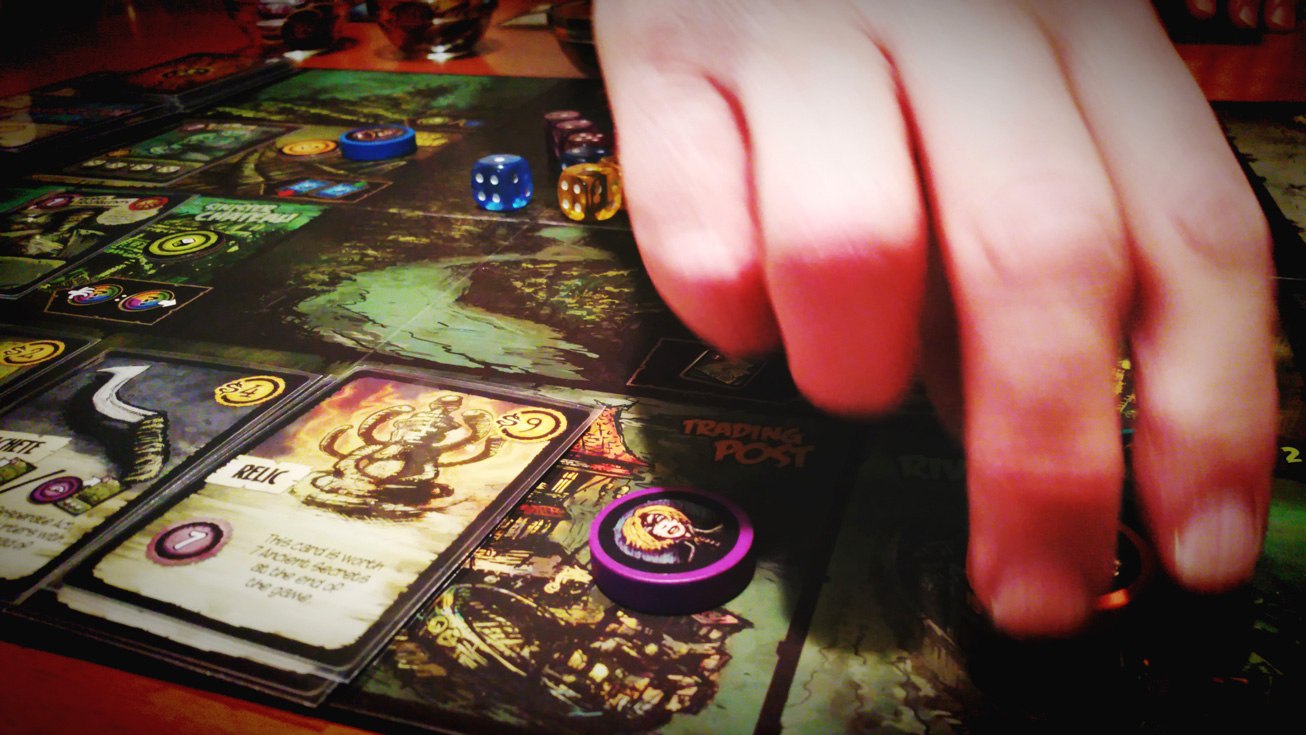 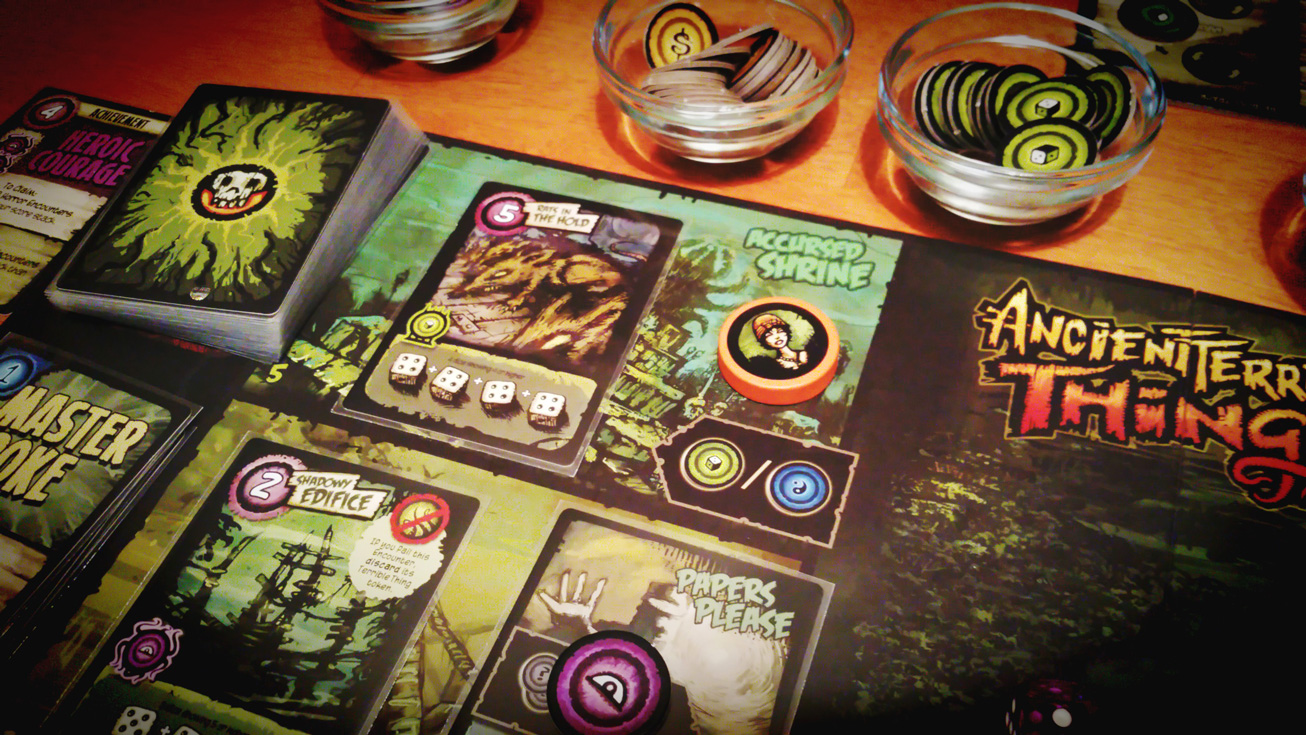 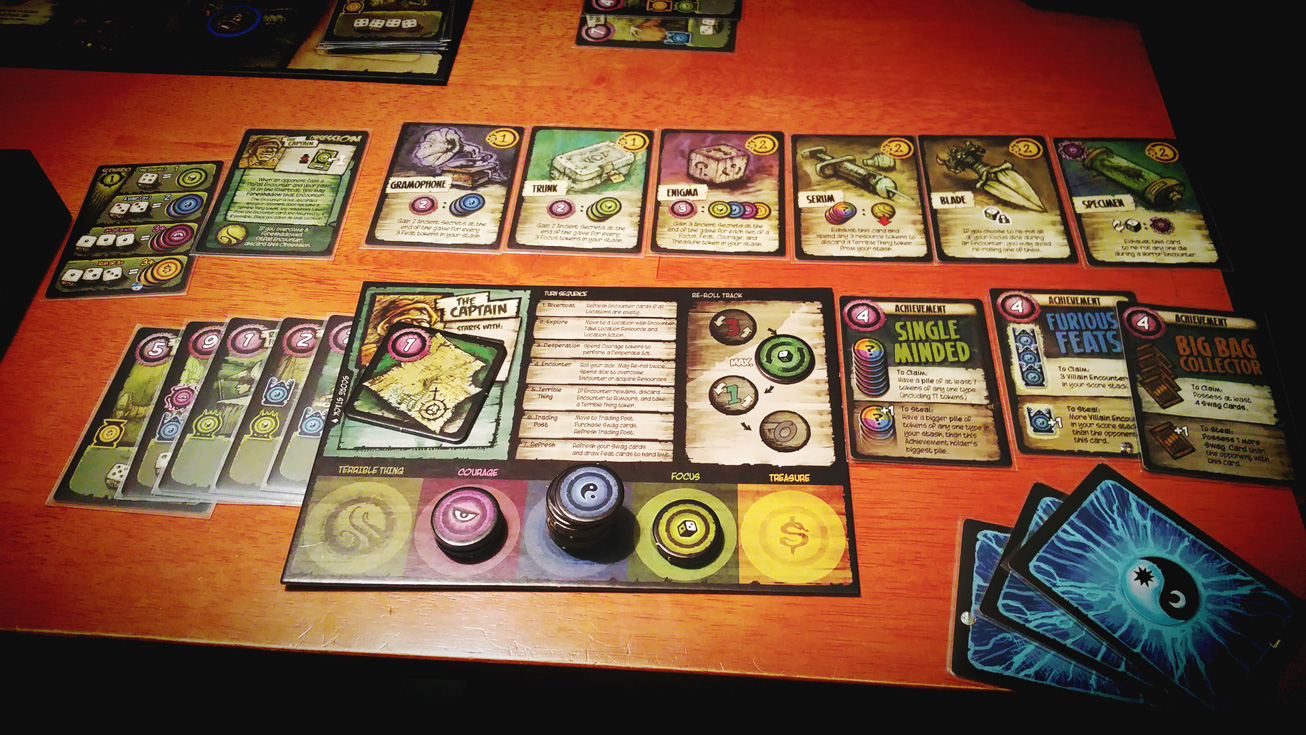 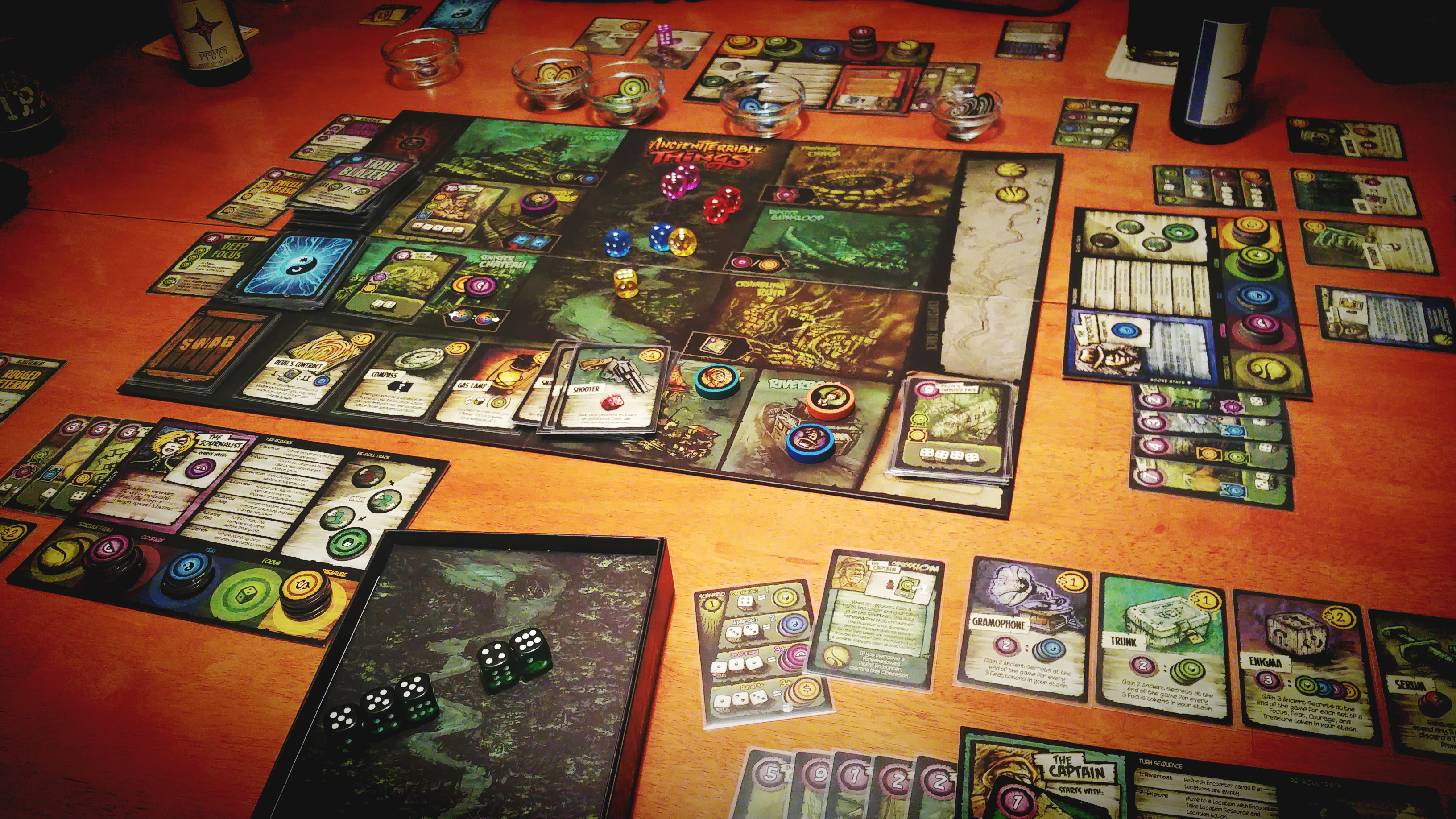 Which Yahtzee-inspired games do you love to play?