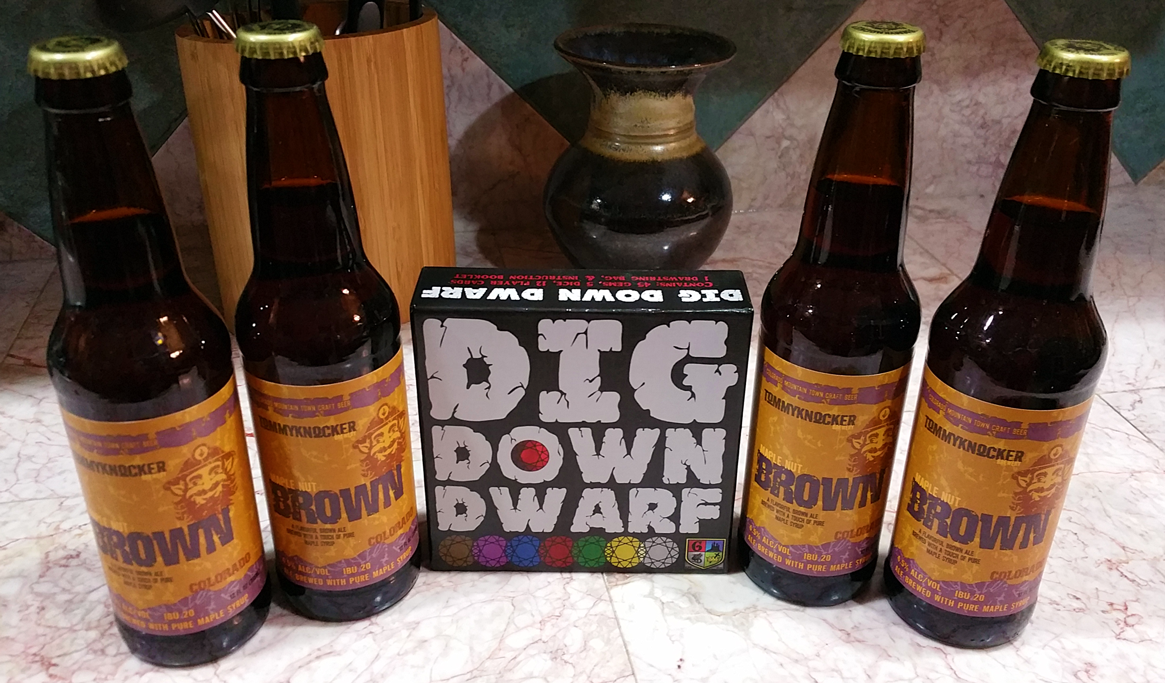 We love dice games. There’s just something gratifying about throwing a handful of dice and holding your breath, hoping for the right combination. Yet for some reason, in our gaming group, a funny thing happens: The more luck-based a game is, the more competitive it becomes, as if the dice have some secret agenda when it comes to who wins and who loses.

Throw in some shiny jewels, and the competition becomes ever fiercer. Have you ever heard someone shout, “Don’t you dare touch my [expletive] Cursite!”? If not, then you’ve never played Dig Down Dwarf—but we did, for this week’s Game & Beer Pairing.

Dig Down Dwarf by Grey Gnome Games is a dice game in which each player is a dwarf (or goblin) mining for gems. Game play is simple: Each turn, the active player draws two gems from a bag and adds them to a pool. Then they roll four dice, hoping to get a combination that matches the requirements of a certain gem type (a la poker, like a pair, three of a kind, straight, etc.).

If they’re successful, they take all the gems of that type from the pool, which count toward victory points at the end of the game.

Finding a dwarf beer wasn’t exactly easy—until we remembered Tommyknocker Brewery’s lineup of craft beers. Their logo is a dwarf wearing a mining helmet! How perfect is that? So we chose their Maple Nut Brown Ale, because it sounded delicious. But was it? Don’t ask so many questions; keep reading.

It’s important to note that we didn’t use the standard D6’s that came with the game because Eric had picked up some awesome DoubleSix dice from a Kickstarter that matched the game’s colors, and we were eager to use them. (The creator has extras for sale still in case you’re interested—they really are terrific!)

When you’re mining for gems, the potential for points all depends on what gems are in the current pool—Eric went straight for rubies, but missed his opportunity to pull ahead with a lack of available gems on his roll. Anthony pulled an early lead with a fistful of amethysts, but Alfred came back strong by picking up five sapphires in one roll.

Here’s the thing about Dig Down Dwarf: if you roll a 6 of a specific color, you get to use a special ability. It typically doesn’t happen often, but Mike, who was the underdog for the first half of the game, surged forward by rolling his color 6 several times. He snatched up the lone diamond, and then went on a run to get several more gems in just a few turns to ultimately win the game with 47 points, nearly double the runner-up.

We’ve played this game a bunch of times and never had anyone run away with it quite like that, so we decided Mike wasn’t allowed to have any more Maple Nut Brown Ale—which was really more of a ploy to keep it for ourselves.

This was the first Tommyknocker beer we’ve tried (though we are eager to try their Butt Head Bock Lager, for the name alone). The maple was pleasantly subtle, not overpowering or overly syrupy like some other maple-flavored beers we’ve tried.

The “nut” part didn’t come through quite as strong as we’d hoped—the combination of maple and nut was a big part of the appeal—but despite being a darker ale, this one was sweet yet mellow, a rich and malty brown ale that goes down easy. Alfred even went so far as to say it might be the most desirable among brown ales that he’s tried.

…Unlike our loss in a game that slightly tips the balance in the favor of luck over strategy. Like I said, for reasons unknown, dice games tend to be more competitive in our group. Maybe we ought to stop playing them.

Up next week: Another dice game! Probably. 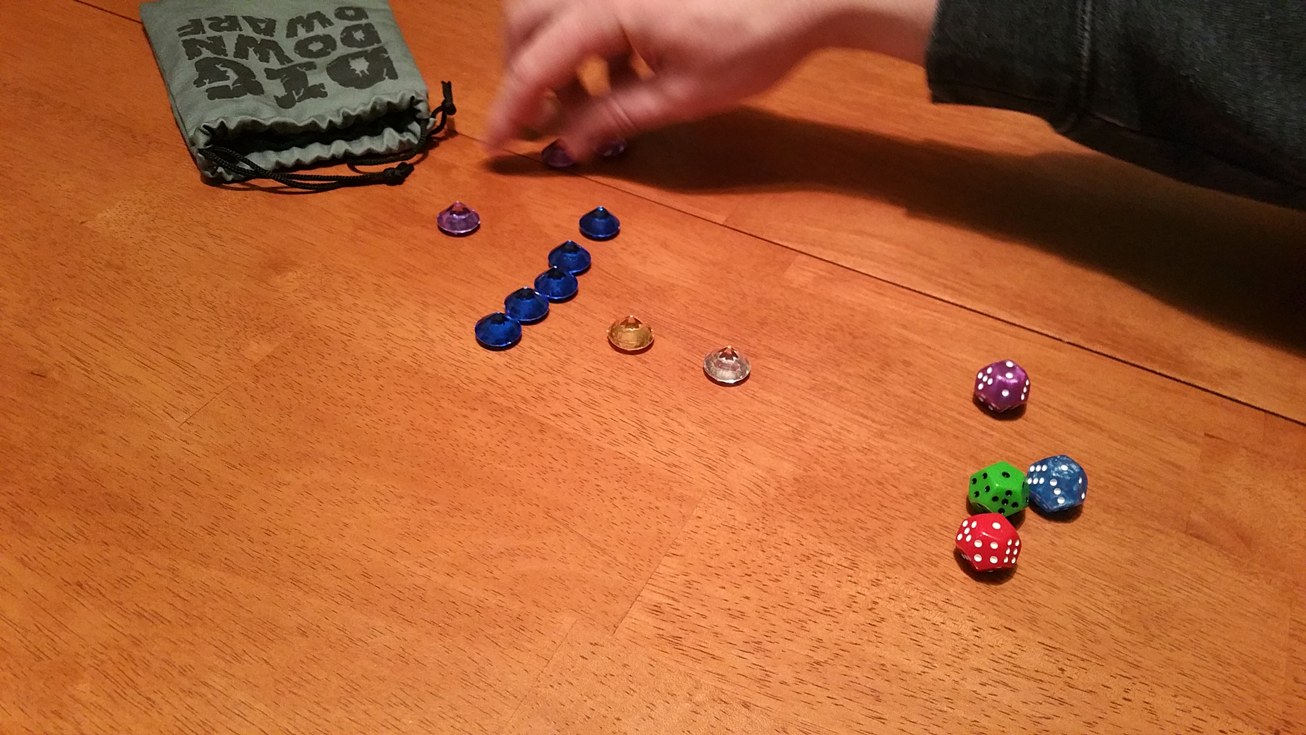 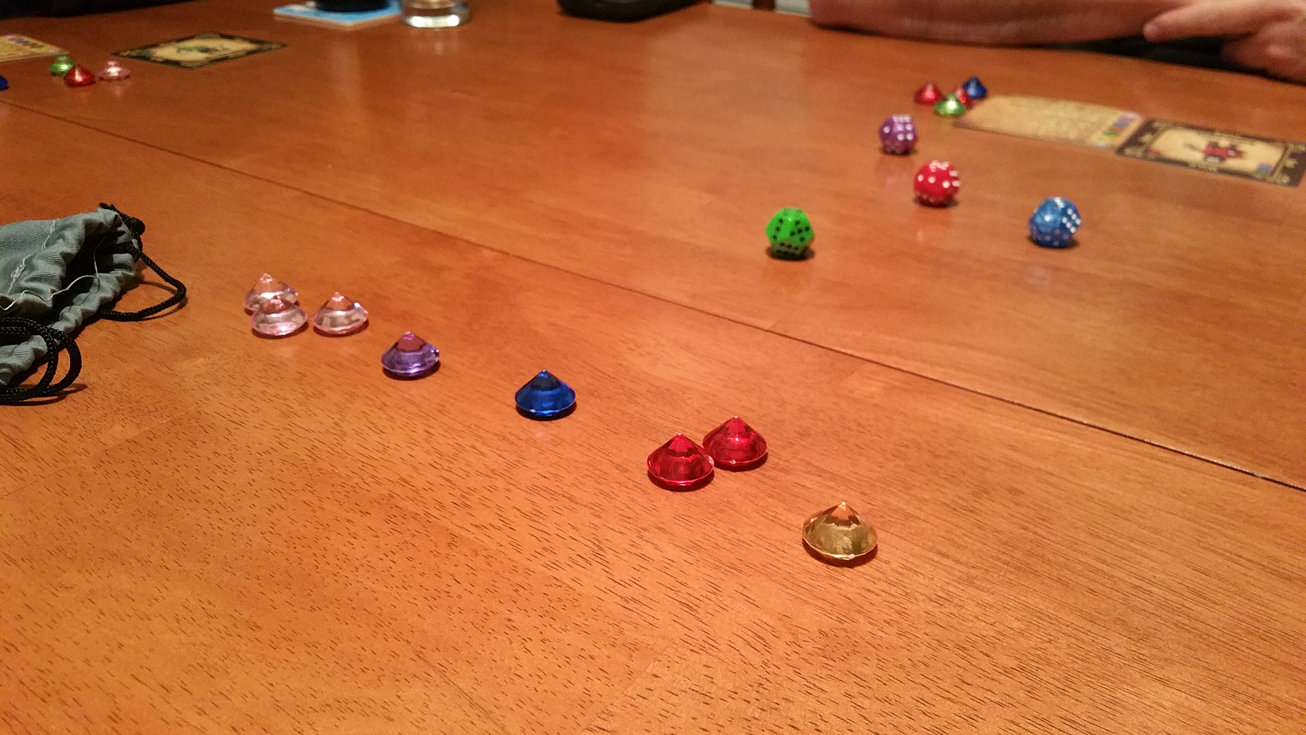 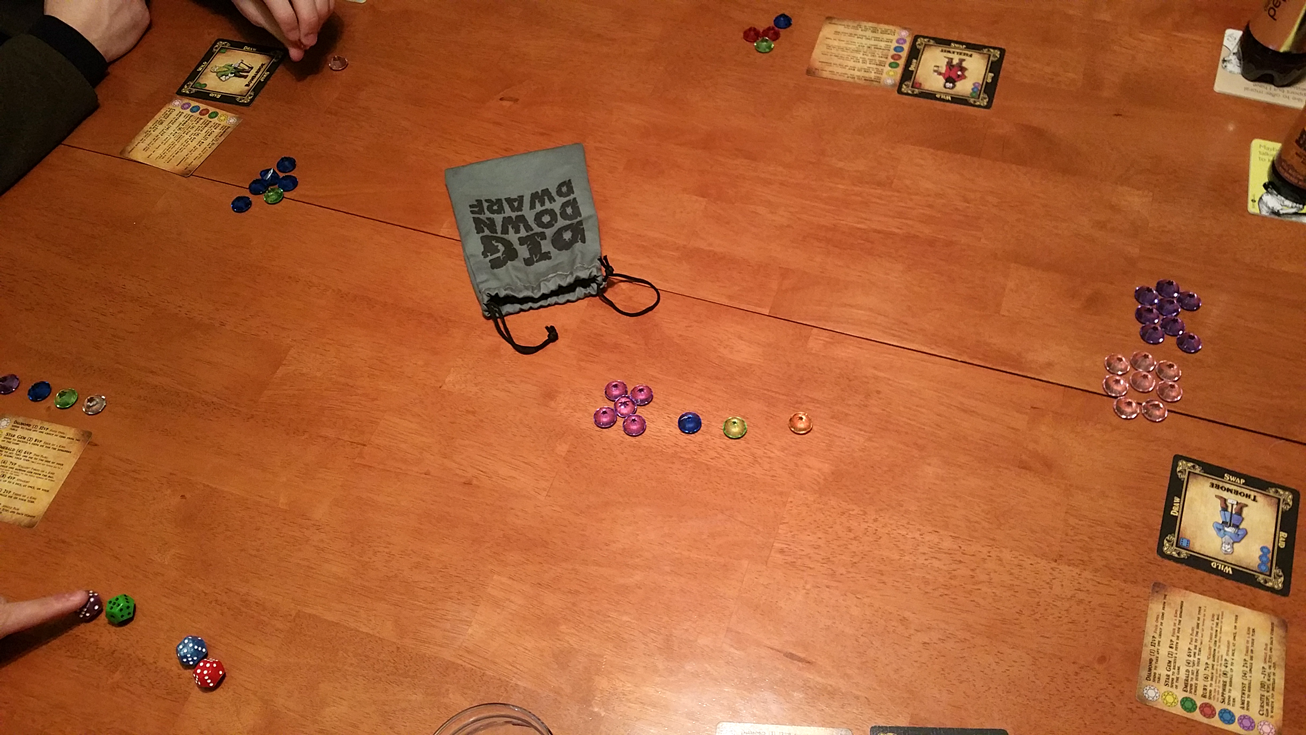 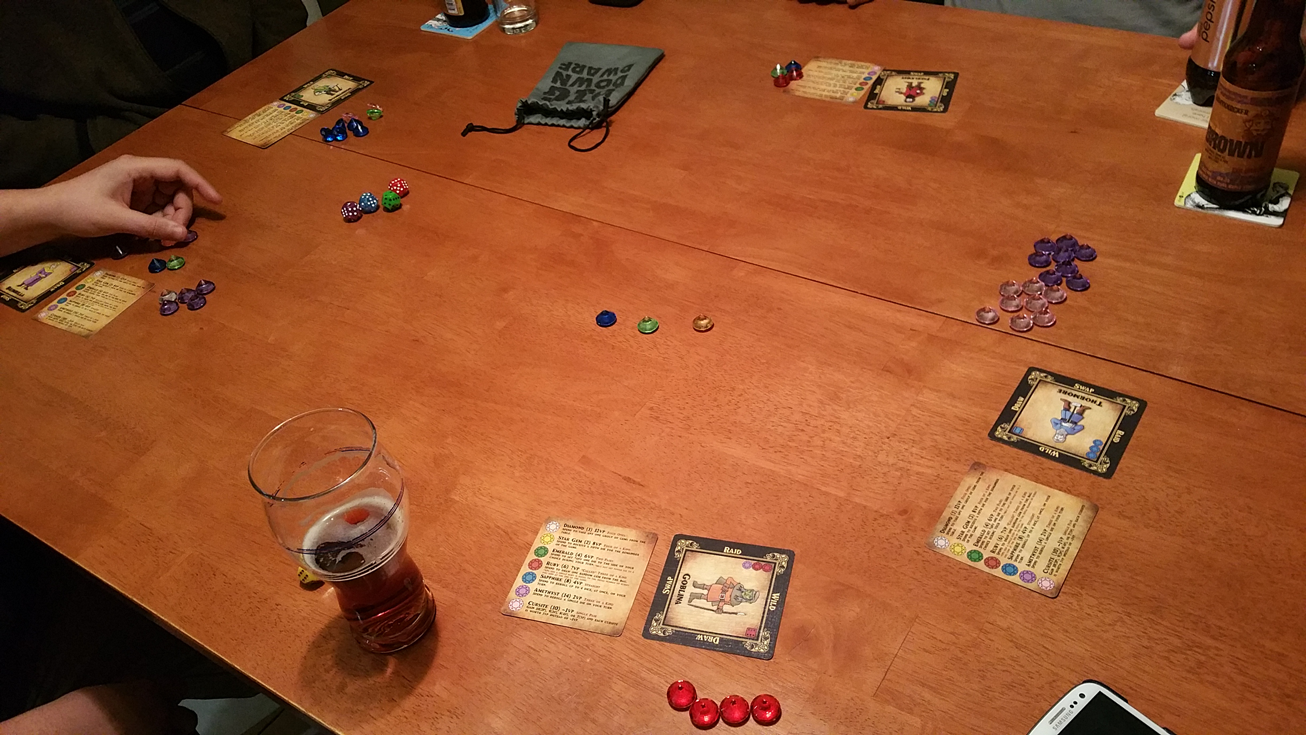 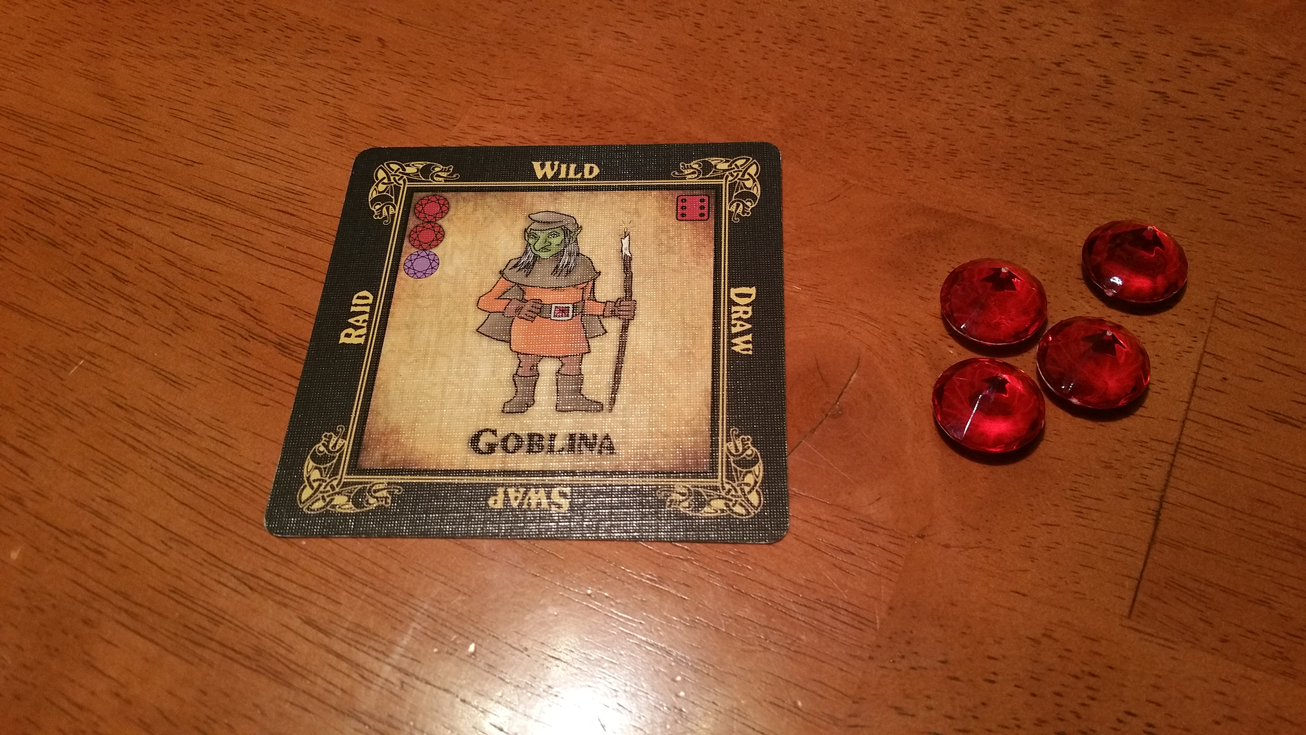 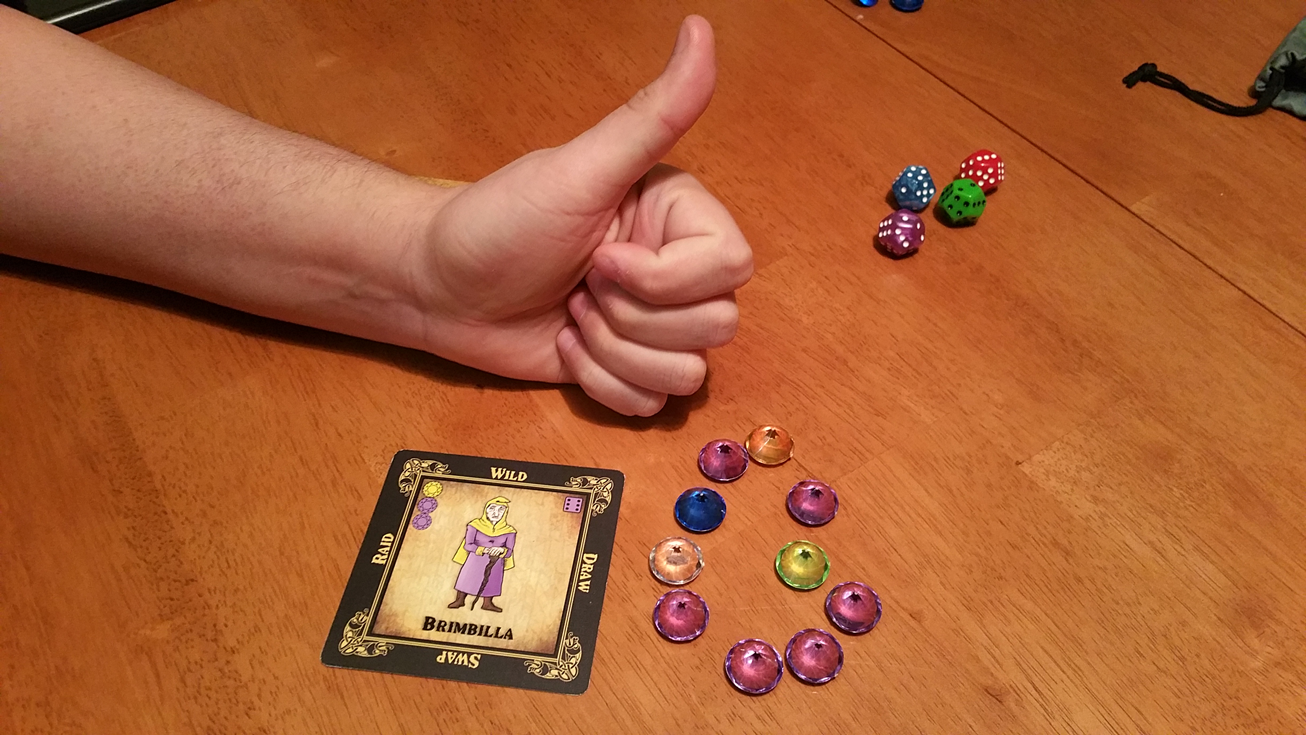 Do dice games love you or hate you? What’s your favorite?

About Dig Down Dwarf